What can parents do when a child turns her back on her family and her faith? Author H. Norman Wright offers help.
Interview by Carla Barnhill 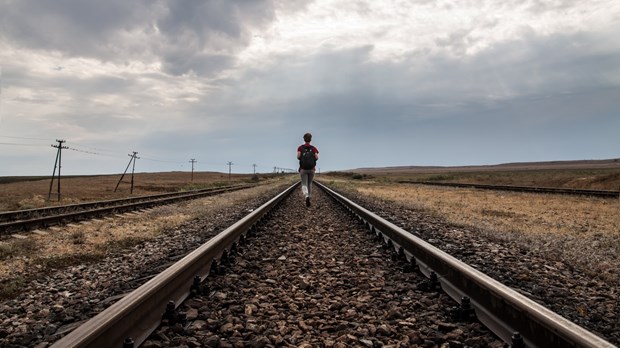 H. Norman Wright has written more than 65 books on everything from parenting to pets. But his book, Loving a Prodigal (Chariot Victor) is perhaps his most personal. At the age of 20, Wright's daughter, Sheryl, rejected her family's faith and became involved with alcohol, drugs, and abusive relationships. Over the next several years, Wright and his wife, Joyce, prayed, cried, and struggled to bring their daughter back from a dangerous life. Finally, Sheryl turned her life back over to God.

We talked with Norm Wright to find out why some children turn from their faith and their families and what parents can do to help their children avoid the traps of rebellion.

What do you mean by the term prodigal?

The word is used to describe someone who is extremely wasteful. In the biblical story of the prodigal son, the son wastes his inheritance and so much more. Prodigal children waste the values their parents have worked to instill in them. They waste their potential, their abilities, their health, their future. In some cases, they waste their lives. For the sake of our discussion, I consider a child who has rejected the values of his family to be a prodigal, even if that child still lives at home, even if that child is 12 years old.

Why do some children become prodigals while other children in the same family don't?

I believe rebellion comes from a combination of personality, environment, genetics, and the basic sinfulness we all have. Parents might say, "We raised all of our children the same way. Why is John in trouble and Jane a model child?" But in reality, every child is different. Every child is born into a different family. The family dynamics change as more children come into the family. Parents react differently to their different children. Maybe you move or change jobs or someone gets sick. All of those changes affect the atmosphere of the family.

There are also factors like mental illness and addiction that play into this. After our daughter turned her life around, she told us that she has an addictive personality. She believes that contributed to her attraction to a lifestyle filled with drugs and alcohol. If parents suspect mental illness or addiction issues, they should work with a professional counselor as early as possible.

The truth is, every child has free will. If you want to know why some children rebel and others don't, that's the best reason I can come up with.

Is there anything parents can do that will keep a child from becoming a prodigal?

The best thing parents can do is listen to their children from an early age and get to know this person that God created. What's unique about him? What matters to him? How does he see the world? The more you know about your child the better equipped you'll be to notice the little changes that might be early signs of rebellion.

And clearly, faith has an impact. Strong families make Christ the center of the home in a healthy, positive, realistic way. The family devotions, praying for one another, praying for the child, demonstrating through your own choices what it means to live for God—these all make faith real for children and help them see that God is someone they can turn to, not someone to fear or turn against.

But again, parents can do all these things and still have a prodigal child. It simply happens.

You mentioned early signs of rebellion. What are they?

As I said, some of these signs are found in a child's temperament. There are children who fall into the category of being oppositional. These kids will challenge authority at every turn. They tend to be negative and stubborn just for the sake of being defiant.

There are also children who don't act out their defiance in an aggressive way but tend to do their own thing or simply ignore what other people want or need.

Our daughter, Sheryl, was more of a creative child who liked to explore and dream. She always wanted to do things a little left of center. That may have contributed to her rebellion.

But keep in mind that just as there's no guarantee a child won't rebel, these personality traits don't mean a child is destined to become a prodigal. They are simply clues that what worked for the other children in the family might not work for this child.

How does a parent maintain that kind of awareness with an 11-year-old who insists on privacy or a 14-year-old who won't talk about anything?

Research on listening suggests that 7 percent of what we take from a conversation is based on the content of what is said, 38 percent is based on tone of voice, 55 percent is based on non-verbal signals such as the way the speaker is sitting or what she does with her hands. Parents need to watch their kids. Hear what they're saying. Have an open door where they can bring the friends over. And know something about the families of these friends too.

So if a child does rebel, despite the parent's best efforts, it must be devastating. How can parents deal with the emotions that come with a prodigal child?

I counsel parents to start by allowing themselves to grieve the loss they're experiencing. This is a major upset. Your family is not turning out the way you hoped it would and that brings on a whole myriad of emotions—guilt, anger, blame, confusion, doubt. Those emotions have to be dealt with in order for the family to stay healthy and deal with the crisis in an effective way.

I encourage parents to find a support group through their church or a community organization. When parents withdraw into themselves, the only people they're talking to about this is each other and they aren't experts. They're people in pain. They need comfort. They need encouragement. They need guidance.

After a while, I think parents simply have to relinquish their child and give him or her to God. This should be the first thing we do, but for many parents, we'll exhaust our own resources before recognizing that God will be the one to bring change. You almost have to detach yourself from the child and realize that you can't control him and bring him back. What you can do is what we ended up doing. We prayed that, since Sheryl wouldn't listen to us, God would connect her with people she would listen to. And that's what ended up happening. God used a friend of Sheryl's to get her to an Alcoholics Anonymous meeting where she finally saw that she had a problem. We never could have gotten her to go to AA, but her friend did.

In your book, you talk about the shame factor that often keeps parents from seeking support from friends or even from their church. How can parents move past that shame?

I think parents have to be willing to be honest, to say, "This is where we're walking, folks. This is what we're going through." If your family is struggling, don't hide it. Don't get hung up by feelings of shame. Just realize that you have a problem you can't fix; there's no shame in that.

How can those of us who haven't dealt with this ourselves reach out to families who might be too embarrassed to talk about their prodigal child?

Frankly, there are a lot of rigid and judgmental people in the church. There's this false presumption that Christians should raise perfect children. But look at God. He is the perfect parent. He gave Adam and Eve everything, did everything right, but they still rebelled.

So we need to be sensitive. If we know others are struggling, we can go to them and say, "I don't know if you'd like to talk, but I'm available."

What the parents of prodigals don't need is someone judging us or telling us what we did wrong or what happened when Aunt Mary's brother went through this. We don't need someone to quote Scripture and then walk away. We need friends who will listen, be there, support us.

What can parents do to bring their prodigal back home, literally or figuratively?

With our daughter, we maintained a relationship with her throughout her struggle. I think keeping a connection is an essential part of loving your prodigal child. As difficult as it can be, parents need to stay in contact with that child. Don't cut them off. Show your love for them. That doesn't mean you accept what they're doing. In fact, we were always clear with Sheryl that we didn't like her lifestyle. Your child might say, "What I'm doing is me. If you don't accept that, you don't accept me." If that happens, it's important to say, "You are not your behavior or your lifestyle. You have value apart from what you do. And we love you as a person. We value you as a person."

Some parents use the subtle-hint approach. They'll put a book in the child's backpack or leave a note on her bed reminding the child that she is loved. They'll say, "Let me tell you how I'm praying for you." It doesn't have to be anything long or complex, just an expression of care and love.

In the end, of course, it's God who will change a child's heart. Parents can only be faithful and know that God is in control.

When the prodigal child does begin to show signs of coming back, how can a family move toward reconciliation?

Patience is essential. It might take a good year of reconnecting before the family feels like they're through the crisis. None of you are the same people you were before.

There's also a big difference between forgiveness and reconciliation. You can forgive, but the other person doesn't have to do anything about it. Reconciliation means both people reach out. There are often lingering resentments between a parent and the child or between the child and a sibling, which can prevent reconciliation. You just have to deal with those feelings and keep going to counseling or working with a support group or do what it takes to bring the family together again.

Something else I recommend is that parents list their expectations for the returning prodigal. The child should do the same. Both sides need to be honest about what they need and the ways they're willing to negotiate and compromise. And keep your expectations realistic. Your child might be ready to stop drinking or stealing but still be unwilling to go to church or participate in your faith. If you can live with that, then be willing to compromise for the sake of keeping a connection and making a first step toward reconciliation.

So this really is a process?

Absolutely. We want things fixed quickly, but this takes time. And in the end, the biblical model remains the same. The door is always open, the father is always waiting and watching for the son to return. In the research we did for the book, we asked the question, "Has your prodigal returned home?" My favorite response was from the parents who said, "No, my prodigal has not returned home. But we're still fattening the calf."

Copyright © 2000 by the author and Christianity Today