My attempts to spice up my marriage kept going awry.
Janet L. Waldron 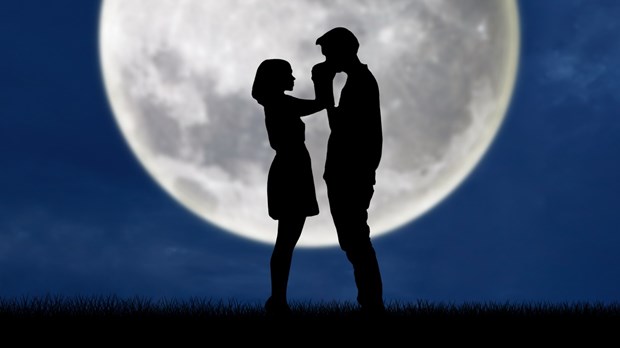 A while ago, I attended a seminar for women on how to renew the romance in a marriage.

A Christian psychologist reminded us how men are visually stimulated. Using the Scripture that says, "Marriage should be honored by all, and the marriage bed kept pure" (Hebrews 13:4), he then challenged us to orchestrate a "visually stimulating" evening for our husbands to put the spark back in our marriages.

Well, I'm never one to jump into something half-heartedly! So I planned an elaborate evening so "visually stimulating" it would pop my hubby's eyes right out of his head!

My husband, Burke, was out of town, so I decided to pick him up from the airport wearing a fur coat with nothing on underneath! You can't get more visually stimulating than that, I thought.

Although I was a bit nervous about pulling this stunt in public, I was proud of myself for putting aside my inhibitions in order to please Burke.

My grandmother had given me a fur coat long enough to cover my calves. While black heels looked wonderful with it, unfortunately it was January, and we live in Alaska. I was afraid that if I wore heels, I'd slip in the parking lot, my coat would fly open, and I'd give quite a show for the line of cabbies parked curbside! So I decided to wear my heavy snow boots instead.

I laced my boots, buttoned the coat—making sure nothing underneath could be seen—and climbed into my car. Halfway down the drive, I had an awful thought: What if I get in an accident? I ran back to the house and grabbed a pair of sweats—just in case.

By the time I arrived at the airport, my heart was in my throat. Being visually stimulating was stressful! As I carefully climbed out of my car, I clutched my coat tightly and nervously glanced around, thinking all the travelers somehow knew what I was doing. But no one seemed to notice me.

I made it through the lobby and up the escalators without any problem. One quick stop at the security checkpoint and I'd be at the arrival gate. (This was when we could still meet passengers at their gates.)

I laid my car keys in the dish next to the x-ray machine, then walked through the x-ray passage. Beeeeeep! A high-pitched alarm rang out. I stared in horror as the security attendant said, "Ma'am, please remove your coat." Panic-stricken, I envisioned being booked for indecent exposure all because I'd forgotten my grandmother's fur coat had metal buttons down the front.

I gasped enough air to squeak out, "I'm sorry, I just realized I forgot something in my car," and bolted for the exit.

The one bright spot in this mess was that I didn't lie. I did forget something—my sweats! I practically flew down the escalator and raced to my car. And although I was sure God was rolling in laughter on heaven's floor, I was thankful he'd given me the insight to return to the house for that pair of sweats!

After that fiasco, I considered bagging the idea of a "visually stimulating" adventure—unless it was done in the privacy of our home.

One night when Burke was working late, I put our two kids to bed and hid behind the front door to attack him with kisses when he walked in. With the Christian psychologist's admonition in mind, I decided to greet him "au natural."

When Burke's car turned into the driveway, I settled into the shadows. I heard the car door shut. I peeked through the curtains to make sure he was alone. Everything was going according to plan. The doorknob turned, the door slowly opened, and Burke stepped into the entryway. Ever so quietly, I tiptoed behind him and reached out to give him a big hug. That's when I realized I'd forgotten one very important thing. Not only is my husband a visually stimulated male, he's a police officer. And the last thing you do to a police officer is sneak up on him in the dark! Within seconds, Burke had me backed against the wall, with my arms pinned and a 200-watt flashlight shining directly in my face. It took us both more than an hour to calm our nerves.

That was enough for me! After sending a particularly scathing letter to a certain Christian psychologist, I gave up planning a "visually stimulating" evening for my husband.

But if it works for you, more power to you!

Janet L. Waldron, a freelance writer, lives with her family and one unused fur coat in Alaska.

Copyright © 2001 by the author or Christianity Today/Today's Christian Woman magazine.