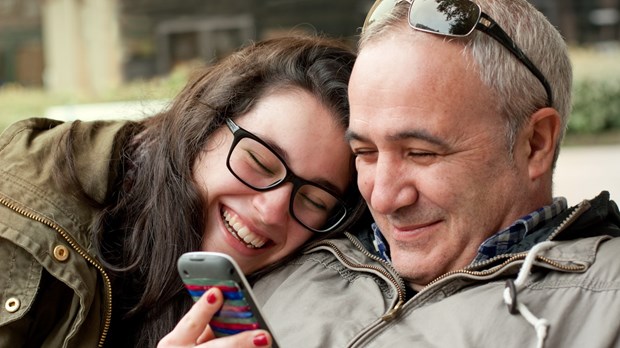 My daughter's pulling away from me. She's so into her friends, what they think is more important than what I say."

Is that lament familiar to you? If your kids are entering the preteen or teen years, I'm sure you can relate. Suddenly friends dictate what's in, what's out, who's popular, who's not. It's the power of peer pressure. So how can you keep influencing your kids when peer pressure kicks in?

I had five kids in seven years entering the teen years, so I realized I needed to make our home a hangout for their friends. Why? Because while I can't control what goes on in someone else's home, I can control what goes on in mine. That's why one of the most important purchases I made was a $10 Ping-Pong table at a garage sale. It was ugly—but it worked! The kids flocked to it.

Making your home the hangout means being willing to put your own social life on hold. And while you're at it, postpone redecorating plans, too. Your couch may be gross, your carpet may need replacing, but it's better to have a friendly atmosphere instead of one that communicates, Don't disturb anything in this house.

Institute an "open door/lights on" policy. A dark basement family room's an invitation to sexual temptation. Set curfews. Simply say to the kids ahead of time, "The house closes tonight at midnight" (or whatever time you and your teen choose).

2. Get to Know Their Friends

Another advantage to making your home the hangout is that you've got a natural way to get to know your kid's friends. But how do you get started making conversation? Think in two categories: schedules and relationships. Everyone has them! So ask your son's friend Joe, "What's your toughest class this year?" or, "What kind of job did you have this summer?" Ask questions that call for more than a one-word answer.

3. Spend Time on Their Turf

When our son John was a high-school junior, I went on his student government leadership retreat as a parent chaperone, and stayed in a hotel room with some of the teachers. Our walls were thin, so we could hear everything in the student girls' room next to us: obscene language, gossip about who was sexually involved with whom, which teachers "sucked." It was simultaneously embarrassing, horrifying, and enlightening. That experience opened a window into my son's world!

Volunteer at your child's school. Drive carpools to sporting events and performances. The car is a tremendous research lab. You'll hear things you might not hear at home! When you spend time in your children's world, you'll be better able to understand their pressures.

My friend Sally got tired of her daughter constantly saying, "Everyone else gets to.…" Sally decided to find out if that was true. So she invited several parents to a local restaurant for some pie and coffee so they could talk about their kids.

Although the other parents didn't always share Sally's Christian values on how to handle a particular parenting issue, they established a relationship in which it was easier to call each other and ask, "What do you know about the kids' plans for Saturday?"

Our friend Doug always has taken an interest in our son Chris. Doug's adept at interacting with teens, and Chris often called Doug for advice during his teen years. Typically Chris followed Doug's recommendations—the same advice he wouldn't have accepted from us.

As your kids hit the preteen and teen years, they're more likely to listen to someone other than you. It's vital you encourage your kids to spend time with other adults who love Christ. You cannot parent alone.

6. Teach Your Kids to Be a Good Friend

Cliquish peers can be a source of intense pain. That's why it's important to teach your children how to be a good friend. Emphasize every person is created in God's image, and there's simply no place for snobbery. Ask your children to list what they think it means to be a good friend. Our list included items such as not talking behind another's back or not being possessive with friends.

My husband, John, and I interviewed several teens to see what advice they'd give parents with kids approaching the teen years. They told us: "Stop talking about the teen years as being awful. We get a negative reputation before we earn it."

So stay positive and remember you still can influence your kids despite peer pressure. Never give up!

Susan Alexander Yates is the author of numerous books, including And Then I Had Teenagers (Baker Book House).

What you had to say about handling peer pressure:

When our children started imitating other kids, we encouraged them to think for themselves. We discussed the wisdom of making up one's mind versus letting others dictate our decisions. Each time our kids show leadership by making a wise choice, we commend them. We've also encouraged them to find fun alternatives when other kids are doing something we think is questionable or inappropriate.

When our son Nick started high school, the big pressure was to go to drinking parties. After a party, his friends will tell him, "You missed it, it was great!" We've encouraged Nick to diffuse the situation with humor. So sometimes Nick responds, "Hey, guys, where's the party tonight? I'll bring the chips and apple juice." They all laugh, and it's been a great way for Nick to remain one of the crowd while not actually participating in the parties.

No teen wants to be a "loser," even if she's asked to participate in something she'd rather not do. So my parents and I came up with a secret signal I'd use when I wanted them to deny my request. With my friends at my side (they thought their presence would help me get my way), I'd signal my folks to tell me "no." I'd appear disappointed, and my dilemma was over. This took the pressure off me—and made my parents the uncool ones! Now I encourage my kids to take the very same approach.