Why did the "most powerful woman in Washington, D.C." give up the limelight and move back home to Texas?
Corrie Cutrer 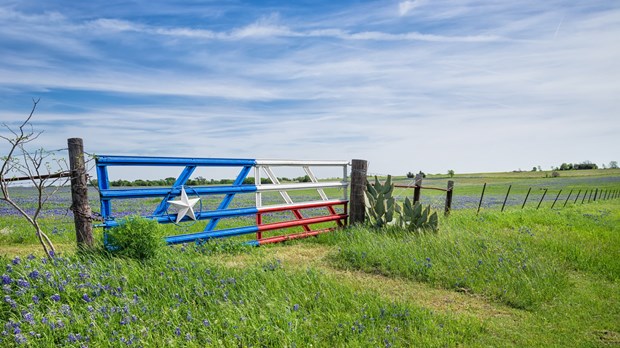 As George W. Bush's communications director during his tenure as the governor of Texas and then as counselor to the President when he went to Washington, Karen Hughes became an expert at tackling complicated issues.

But on a recent Sunday morning at her church in Austin, Texas, Karen—who some newspapers described as "the most powerful woman ever to serve in the White House"—found herself stumped. And the question came from a two-year-old.

"Where is Jesus?" the little girl asked Karen, who now teaches Sunday school to toddlers as part of the new life she's shaped for herself since leaving her high-profile job in Washington, D.C. two years ago.

"She wanted to see him," Karen says with a laugh, "because she'd heard he was at church."

Despite her focused, "always on message" persona, Karen says she loves working with children. Yet for the first 18 months of President Bush's administration, she barely had time to attend church, much less teach a Sunday school class. Karen, 47, helped the President write major speeches, shaped and communicated his policy initiatives, co-authored his autobiography, and traveled with him to meet with international leaders.

But even though working in Washington, D.C. was the dream of a lifetime, Karen soon found herself torn between her job's never-ending demands and her desire to live a balanced life. She wanted to teach Sunday school, join a women's Bible study, and most importantly, spend time with her family—husband, Jerry; grown stepdaughter, Leigh; granddaughter, Lauren; and her now 17-year-old son, Robert. It was Robert's misery as a teenager in D.C. that led Karen to step away from her prestigious position and move her family back to Texas. She still advises President Bush from home and has been active with his reelection campaign while she focuses on speaking engagements these days.

TCW recently spoke with Karen about her experiences at the White House, her decision to leave Washington, D.C., and the role her faith has played in her positions as political advisor and mother.

Did your faith play a role in your decision to leave Washington? It was hard for me to discern whether it was right for me to leave because I'd prayed about the decision to go to Washington in the first place and felt I did the right thing. But my professional life in Washington didn't leave time for much else. So I asked myself, Where is my utmost responsibility? Around that time, my pastor in Washington was speaking about finding freedom from the traps of worry, including worry about your job. His messages helped me decide that a life in which I don't have time to fulfill my responsibilities as a mom or grow as a Christian isn't a life God intends for me.

How have things been with your son, Robert, since you moved home? He immediately blended back into high-school life here. He's done very well in school. He's playing baseball. He's got a great group of friends. Also, I've had a lot more time to spend with him. I was able to teach him how to drive. In Washington, I felt I was losing my connection with him. And it's so important for parents to maintain that connection, particularly as our children become teenagers.

Any advice for other working moms wanting to strike a healthy balance between home and job? Flexibility is key. In Washington, I had a job that demanded my presence from early in the morning to late at night. In previous jobs, even though I worked long hours, I had more flexibility. For example, I'd write a speech after Robert had gone to bed. But the Washington job didn't allow for that kind of flexibility.

I learned that sometimes there are jobs you just can't do during a specific season in life. For me, working at the White House at that point in my son's life was something I couldn't do. I don't think that means you have to choose either family or a career. You just have to be willing to examine the big picture at different points in your career.

What's life been like for you since you left the White House? I still talk to my former colleagues and the President. I've traveled to Washington once or twice each month, and I look over major speeches and periodically participate in different things, such as the current reelection campaign. I also do speaking engagements, which is now how I earn my living. But when I travel, my rule is to have the minimum time away from home as possible.

I've also visited Afghanistan twice. As I worked on the President's speeches and on our communications strategy in the aftermath of September 11th, I realized Afghanistan had seen the worst of what the terror network intends: the kind of control, tyranny, and intimidation these radical fundamentalists believe in. I've developed a passion for the women and girls of that country, and have been involved with my church and community in Austin to raise funds for a school we're building in the northern part of Afghanistan, where people from several tribes want to educate their children but have no facility.

What other issues did you become passionate about while working in D.C.? President Bush's policy decision on stem-cell research, because it involved the difficult dilemma of drawing the proper ethical and moral line in public policy. As we explore scientific advances and the tremendous capability God's given us to learn and progress, we must do it with a proper understanding of ethics. I think the President made a wise decision to limit stem-cell research to those embryos that already have been destroyed. I think this decision will have profound and lasting ramifications.

Did you ever face disappointment with life in such a politically charged environment? I think my biggest disappointment was how partisan Washington really is, and how difficult it is to reach beyond that. When I worked with the President in Texas, he was able to successfully work with members of both political parties. Republicans and Democrats would have major arguments over issues and no one ever got exactly what they wanted, but in the end, we were usually able to come together and achieve a consensus that I thought resulted in good public policy. In Washington, that is extremely difficult to do. The special interests on both sides drive both parties to extremes.

A lot of Christians are turned off by politics because it seems so cutthroat and competitive. I initially had trepidations about becoming involved in politics for that very reason. I once told the President, "The process doesn't seem very Christian." He immediately retorted, "The process isn't Christian, but it's important for Christians to be involved in the process." I think that's true. The Bible teaches us to be responsible citizens. In a democracy, that involves participating in our country's leadership. If you don't like what you see, the only way to change a situation is to get involved. One of my favorite Bible verses is Micah 6:8, which says, "What is required of you? To act justly, to love mercy, and to walk humbly with your God." If we have leaders who attempt to do these three things, our country will be better served.

Did you ever feel as though your faith and your job were at odds? Frequently. At the White House you feel like you have to work all the time. So every time you do something else—whether it's going to church or deciding it's important to spend an evening with your family—you're always making a choice that takes away from your work.

But I think my faith in Christ gave me the strength and peace I needed to step away from my job. If my life had been about gaining power or position, I wouldn't have been able to leave it once I achieved it. But my worth isn't based on a title or a career; we're all equal in God's eyes and we're uniquely created and loved by him.

While in D.C., did you face a challenging situation in which you had to rely heavily on your faith? It was very hard to go to the White House on September 11, 2001. I was at home in D.C. that morning and I knew I had to get to work. But from all the reports I saw on television, Washington was under siege. It was one of those moments when I had to trust God would be with me. That didn't mean God was necessarily going to protect me from terrorists or from death, but it meant relying on his promise that he wouldn't put anything before me I couldn't handle with his help.

I think faith was also a great comfort and strength to the nation during that time. I helped organize the prayer service at the National Cathedral in the days following September 11th, and I think it helped calm, inspire, and remind our country that there is a God—and we can rely on him in times of fear and turmoil.

Karen Hughes is author of Ten Minutes from Normal (Viking), an autobiography about her journey to the White House and her decision to move home. Corrie Cutrer, a TCW regular contributor, lives with her family in Illinois.