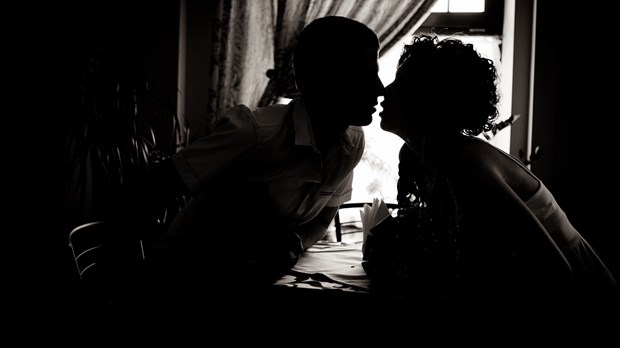 Sex seem like it's the same old thing? Does it feel frustrating at times? What you don't know about sex can hurt you and your spouse! In our more than 35 years (combined) counseling couples, researching sexuality, and training other Christian therapists, we've discovered human sexuality continues to develop and reveal new information. Here are seven "biggies" about sex that most couples don't know.

1. Initiating sex isn't the only way to express sexual desire.

Although 80 percent of couples report that the husband wants sex more often than his wife, this may be a skewed number—partly because of the way we define sexual desire. Most of us typically think of sexual desire as a hunger for sex—often with sexual thoughts or fantasies—that prompts us to initiate sex.

It turns out, however, that most women experience a receptive type of sexual desire. Twenty years of research confirms that for many women desire is "triggered" by thoughts and emotions arising during sexual excitement, not before. So when a husband becomes frustrated because he wants his wife to pursue him sexually and he believes that she has no interest in sex because she doesn't do that, he's actually not giving her enough credit! Most women will respond positively to sexual advances—they just don't initiate them because that's not the way they were designed.

Since our culture defines sexual desire as that initiating/seeking behavior, we don't identify a women's receptivity as desire. But men and women (usually) respond to different types of sexual stimuli and approach differently their sexuality.

This is a key area of misunderstanding between husbands and wives. Many women have commented to us, "I enjoy sex once we're 10 to 15 minutes into foreplay, and I think, Wow! We should do this more often! But during the week I hardly ever think about it. I wish I felt more sexual than I do, because I enjoy the closeness it brings."

Most of us assume our partner should act like we do. By recognizing that most men are proactive with sex and most women are reactive, and then by accepting and respecting those differences, we can allow a woman's type of sexual desire to "count."

2. Breastfeeding has a direct link to sexual frequency.

Lowered sex drive is extremely common after childbirth, and even throughout the first year, particularly in breastfeeding women. Many couples don't realize the impact childbirth and breastfeeding can have on their sex life. Prolactin, the hormone that enables women to make breast milk, also lowers sexual drive—though scientists still can't tell us why. Breastfeeding women frequently feel tired, overwhelmed, and—in their own words—"like a cow" during the early months of breastfeeding. Yet their husband's sex drive hasn't lessened.

Combine this with what's going on in the husband at this point. For many husbands, their wife's attention is now shifted from him to the baby. Her decreased desire to touch, cuddle, or have sex may prompt increased pressure from him, which is typically counter-productive. The result is an increasing gap between what he wants and what she wants.

Many couples, whether breastfeeding or bottle feeding, aren't prepared for the multiple changes each baby, especially the first, adds to their relationship. They believe they'll zip through those first four to six weeks and then—poof!—resume their sexual relationship without a hitch. These unrealistic expectations can lead to a great deal of disappointment, frustration, and conflict.

Libido doesn't usually "jump back" to pre-pregnancy levels until several months after a mom quits breastfeeding—sometimes as long as one year after stopping. If couples realize this is common, they can better talk through the timing of stopping, the pros and cons of breastfeeding and bottle feeding, and the adjustments required to adapt as a couple through this time.

More than 60 percent of women must have direct clitoral stimulation in order to climax. In fact, believing a woman should achieve orgasm through intercourse alone is like expecting a man to reach orgasm by only stroking his testicles. Don't ignore the facts of anatomy. A woman's clitoris is similar to the head (glans) of the man's penis. Often the clitoris isn't stimulated by intercourse. If the head of the penis wasn't involved in intercourse, he wouldn't come very quickly to orgasm, either!

That doesn't mean that a guy reaching immediately for his wife's clitoris to "rev her up" is a good idea. Women come in all shapes and sizes—physically, emotionally, and particularly, sexually—so the only safe way to approach her clitoris is to find out what she wants and likes. A rare woman might be okay with "starting" quickly for her clitoris; most will be offended or turned off. Like the penis, the clitoris engorges with blood during arousal. Touching before she's aroused can be unpleasant, or even painful.

Women differ greatly in how they enjoy having their clitoris stimulated, and the types of stimulation can vary during the different stages of lovemaking. It's helpful (and can be fun) for a wife to show her husband how she wants to be stroked by placing her hand over his and actually putting pressure on his fingers to demonstrate where she likes to be touched, how lightly or firmly, and how slowly or quickly she likes the movements to be.

4. There's a fine line between turn-ons and turn-offs. The best sex is when a mate knows the difference.

We call these "brakes and accelerators." Your sexuality is like driving a car. You can't go real far, real fast, or without damage if you're driving with your foot on the brake. Sexual brakes are those things that hinder your arousal or enjoyment of sex. Some common examples are making love when you're exhausted, feeling criticized by your partner, or trying to be sexually intimate when your in-laws are staying in the bedroom next door.

Sexual accelerators are those things that lead to greater interest and arousal. Some might be feeling rested and relaxed, compliments and affirmations about each other's character and/or body, or daydreaming about positive sexual experiences with your spouse.

Some of the biggest problems come when one spouse thinks he's accelerating, while his mate is feeling the brakes. An example would be "risky" sexual behaviors—having sex in the back seat of a car when you could be "caught," for instance. Other examples would be engaging in a sexual act that makes your partner feel inhibited and uncomfortable.

What Sex Can Do for You!


5. Every couple will face a sexual problem at some point during their marriage.

In fact, some estimates say 80 percent of couples will experience a sexual problem significant enough that they would benefit from sex therapy. Depression, grief, stress, medications, illness, exhaustion, pregnancy and childbirth, parenting, spiritual issues, trauma, hormones, diet, lack of exercise (or overdoing strenuous exercise), injury—so many things affect our sexuality! Add to that the reality that all marriages will experience conflict. Since sexual intimacy is one of the first arenas marital conflict harms, it's safe to say all couples will have to problem-solve their sex life at some point.

6. Genitals are not the only—or even the most important—organ responsible for sexual pleasure and orgasm.

God designed our bodies to be wonderfully responsive to sexual pleasure. There are thousands of specialized nerve endings in the penis and clitoris. Females have several large nerve pathways from their genitals, meaning even more variety, and possibly intensity, in their genital pleasuring. But while God designed our genitals to feel good, he didn't stop there.

The second pathway responsible for sexual pleasure is within the brain. Most people can become aroused when fantasizing or thinking sexual thoughts. While the majority need some touch, it's possible for some people to experience an orgasm just from intense sexual fantasy. Many experts have said that for great sex, the organ between our ears is more important than the organ between our legs. The meaning we give to sex, the attitude we have toward our spouse, the feelings we have about our marriage, all contribute or hinder good feelings and experiences with sex.

Here's an example: Susan has been thinking about her husband, Jim, throughout her busy day. She mulls over his good qualities—his kindness to the kids, offering to stop by the store to pick up things she forgot, filling in for her this past Sunday in an obligation at church. She realizes they've both been busy and it's been longer than usual since they last made love. She begins to think how she could facilitate them being together tonight. What will happen if Jim comes home tonight, after a particularly disappointing day at work, and snaps at her for some minor, stupid thing, then storms off to the garage? Probably not sex.

Or she could overlook his bad mood, override her own irritation, continue to think about his many positive qualities, how closeness is created when they share sexually, and still suggest they make love this evening. Her attitude can directly affect their relationship—both outside and inside the bedroom. Why? Because the most important sex organ is the brain.

The reverse of this is also true. If he just focuses on the first pathway (by groping her breasts) and ignores the second pathway (attending to her heart and emotions) she may be working with less than half the sexual stimulation she needs.

Sexual pleasure in marriage is so important to God, he created multiple pathways to ensure it can happen—from how we think about sex, our spouse, and our relationship, to how we touch each other beyond our genitals. Truly great sexual lovers take time to engage all three of these pathways.

The surge in oxytocin at orgasm stimulates feelings of affection, intimacy, and closeness with your spouse. Consistent mutual sexual pleasure increases bonding within your relationship.

God gave sex as a great gift to married couples. He designed it to teach us about him and his relationship with us. The metaphor of sexual sharing is a picture of presenting ourselves completely and giving all of who we are to another; it is also a picture of receiving someone completely into ourselves.

There are clear physical and relational benefits to consistent sex. Greater cardiac health, increased pain management, menstrual regularity, lower depression, lower anxiety, increased marital satisfaction, and greater sense of well-being are all associated with sexual activity, sexual satisfaction, and orgasm. God encourages married couples to drink deeply and enjoy sexual pleasure with each other. But those spiritual and scientific reasons are not to be used as arguments or weapons against our spouse. Our sexuality is still a gift that we are regularly to give to, and receive from, each other.

Any time a spouse takes the position that sex is a right, something at the heart of sex begins to wither. Perhaps because sex is to be life-giving, life-uniting, a decision, a desire, a gift, a picture, a lesson, a trust-walk—when instead we demand, pout, withhold, withdraw, fume, scream, berate, or begrudgingly surrender—it is the antithesis of what God created it to be. And something between spouses dies.

A couple cannot have a great sex life if the husband demands sex. Nor can it be great if a wife believes she has to have sex with her husband out of obligation. A great sex life grows only when both discipline themselves to give to each other. God's greatest blessings are offered and received freely. When you freely give yourself to your spouse, and freely receive your spouse into yourself, you nurture your marriage as God celebrates and affirms: "Eat, O friends, and drink; drink your fill, O lovers" (Song of Songs 5:1).