Divorce forces ex-wives toward self-confidence. There must be a different way to get there.
Michael G. Maudlin 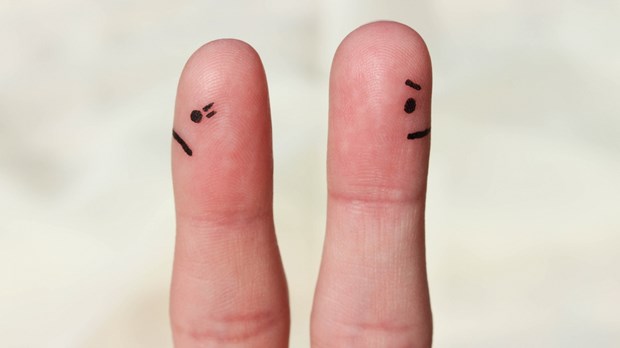 There are benefits to being married to a psychologist. Sometimes, when I least expect it, my wife comes home from work, puts her arms around me, and tells me that I am a wonderful husband. I simply smile and receive this grace. It means Karen has just assessed the damage to a marriage in which the husband is truly awful, and she is feeling grateful that all she has to put up with is me.

But then there are the days when I find myself in the role of "enemy." The conversation starts innocently. "You know, it's a man's world. They control everything." I have become a marked man.

Nine times out of ten, what prompts Karen's fury is a divorce case. The husband is hiding assets, and his wife has no clue as to what they actually own. Or he has cheated on his wife and now wants half her pension. Or she doesn't know how she will raise three children and meet expenses while her husband gets to live out the dreams of a second adolescence.

Karen can walk her client through the stages of grief; help her deal with feelings of guilt, fear, and failure; and formulate a life plan. Karen is on the wife's side. But everyone else, it seems, is on the husband's: the lawyers, the judge, the government, and often the church. This is a widely acknowledged but little-discussed fact of life just a few decades years after the feminist revolution. And it makes women mad.

That anger runs deep. The film The First Wives' Club made $100 million and was put on the covers of Time and People. An American nerve had been touched. What audiences responded to is a story of revenge told as a comedy. The sweetness and thrill come from seeing the tables turned on the ex-husbands. And the wrinkle is that the bad guys here are not terrorists or drug runners. No, the bad guys are the guys.

How bad are they? The three husbands trade in their 40something wives for better models, keep the family assets, and wave goodbye. Their wives had been means toward an end—getting established in the world—and now they have reached their expiration date.

The movie's version of redemption comes through sisterhood and a decision to fight back. The men, as it turns out, are almost pitifully easy targets, expecting no resistance from their formerly passive wives. And here is where the audience moves beyond chuckling at the jokes to full-blooded cathartic release. What woman wouldn't enjoy the fantasy of seeing the husband who has betrayed her begging for mercy?

My wife was once surprised by the candid comment of a pastor: "Women who go through divorce often become so much more alive, more interesting than they were before." This uncomfortable phenomenon—uncomfortable because it complicates the otherwise simple formula "divorce is bad"—is clearly at work in The First Wives' Club. By the end, the three Musketettes are each self-confident, fit, and healthy. They have shed their neuroses and taken control of their destinies.

Sociologists have documented that women suffer more than their fair share in a divorce. Their standard of living goes down; men's goes up. Men remarry sooner. Yet secular feminist groups are not on the march against divorce. They want equity, not longevity.

Why? I believe it's because women who go through divorce often end up closer to the ideal feminist vision. Divorce is the machine that produces self-reliant women. In divorce, women experience a harsh correction to their propensity to give away or deny too much of themselves. At one point, Diane Keaton's character screams to her husband: "I'm sorry. Sorry I worked and slaved all those years to give you everything you ever wanted or needed!" Is marriage really supposed to sound like martyrdom?

The church has begun to mobilize in its fight against divorce—with community covenants among pastors to guarantee premarital counseling, lobbying to change no-fault divorce laws, and proactive efforts to save marriages. But The First Wives' Club reveals another step we need to take: promoting models of marriage that allow women to thrive and grow without having to divorce.