Surprise! "Sorry" may not be the best way to end an argument.
Chuck Lynch 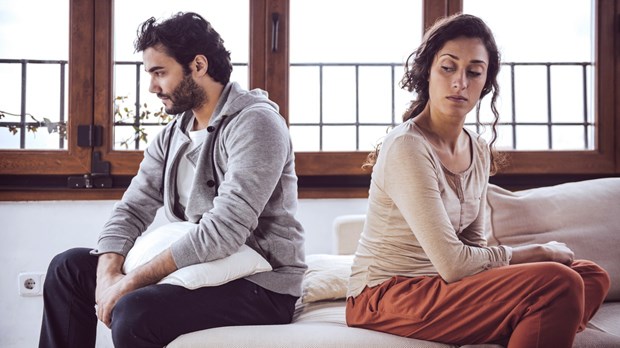 Arguments were an everyday occurrence in Mark Baxter's marriage. Out of frustration he came to me for marital counseling because he'd hit a brick wall trying to communicate with his wife, Jill.

Mark meant well. He knew it was right to acknowledge a wrong. But usually when he told his wife, Jill, he was sorry, his words were empty, absent of regret. So when Mark "messed up," and would bring himself to tell his wounded wife he was sorry, Jill would say, "No, you're not!" Mark would counter, "Yes, I am!" Jill would shoot back, "You're not either!" and so would begin World War III in the Baxter home.

After listening to this latest outburst of Mark's frustration with his marriage, I said, "From this day on, don't say you're sorry any more."

Mark was startled. "What? You, of all people, my counselor, don't want me to say I'm sorry? I can't believe you! That'll go over real big with Jill!"

In most cases, a sincere "I'm sorry" heals the wounded relationship. Closeness is restored. The relationship is able to move forward. But that's not always the case.

Psychologists agree that body language and tone of voice account for 93 percent of communication. Content comes in at a low 7 percent. Mark had a habit of rolling his eyes while adding a sarcastic edge to his words. While he was saying, "I'm sorry," his body language was screaming to Jill, "I'm not sorry." Since Mark doesn't rate high on the emotional expression scale, even if he made a special effort, he just couldn't muster a look of deep sorrow over his offense.

The word sorry isn't an admission of a wrong. While it can mean we did something, it doesn't convey the feeling that the action was wrong. Sorry can mean, "I'm sorry you feel that way," or "I'm sorry you took it that way." This, too, fails to admit the wrongness of the action. It can also mean we're merely sorry we got caught. That's not an admission of wrong either. It's much easier to say, "I'm sorry," than it is to acknowledge the wrongness of the things we've done.

The three hardest words in the English language to say are, "I was wrong." I've watched grown men and women stutter, stumble, and even choke when asked to turn to a mate and say, "I was wrong for …" Why are these three words so important?

Our marriages are to mirror our relationship with God. The apostle John summarizes in his first letter how we're to clear up a break in our relationship with God after we've offended him. "If we confess our sins, he is faithful and just and will forgive us our sins and purify us from all unrighteousness" (1 John 1:9). The Greek word for confess (homologeo) literally means "to speak the same thing, to agree with." God insists we agree with his assessment that our action was wrong.

When we confess our sins to God, we aren't informing him of something we did that escaped his notice. Confession is our verbal acknowledgment that what we did was wrong.

Since our marriages are to reflect our relationship with God, we must follow the same procedure in restoring fellowship with our mate as we do with God. The apostle James strongly encourages the practice of confession when he writes, "Confess your sins to each other," then, "pray for each other" (James 5:16).

I clarified with Mark that I wasn't saying he should never tell his wife he was sorry. But I asked him how he thought Jill would react if he said honestly, "I was wrong for …"

"I don't know," came his puzzled reply. I explained that he had the power to reduce a two-hour argument to a few short minutes. Why? Because many heated arguments focus on getting the other person to admit they were wrong. It's tough to argue with a person who says, "I was wrong."

Then I explained that even when he didn't do anything wrong, he should still acknowledge her perspective and assure her that he'll weigh it carefully.

The following week, I asked Mark how it went. He reported that two things had happened. Because he wanted to avoid having to say he was wrong, he was more alert to his behavior. Then he said, "I did mess up, but I took a deep breath and said, 'I was wrong for making that sarcastic comment.'" He added, "In fact, I even asked her to forgive me. Man, what a difference! We argued less and talked more. And it seems as if she's beginning to respect me more." Then with a twinkle in his eye, he added, "Our intimacy made a big u-turn, too. I guess we're both winners now."

Chuck Lynch, president of Living Foundation Ministries and author of I Should Forgive, But … and You Can Work It Out! (both W Publishing), lives in Missouri.

Copyright © 2003 by the author or Christianity Today/Marriage Partnership magazine.