Is another relationship betraying your spouse?
Gary and Mona Shriver 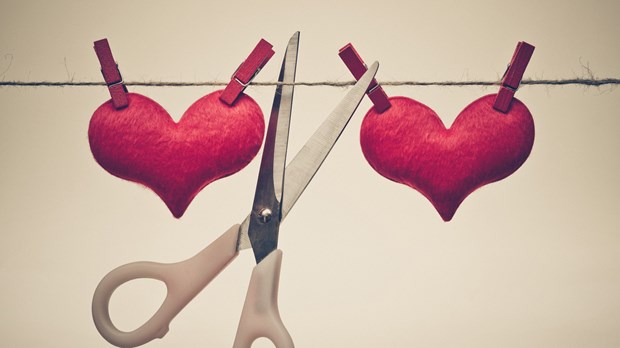 The first time a couple contacted us about an emotional affair, it seemed like a lighter load to us than a physical affair—and that came across. Everyone agreed it was a betrayal of the marriage vows. But we were early in our recovery at the time and ignorantly believed that because the unfaithfulness had been revealed prior to a sexual encounter, the injury was less severe. We failed to comprehend then that the pain of that betrayal was just as significant to their relationship as that of a physical affair. The pain, loss, and grief of betrayal may be experienced from different causes, but it is not measured in increments. We will endeavor never again to underrate the pain another is feeling.

The problem is not that we as human beings can care about more than one person; rather it's about what we share with another person.

The debate over whether or not men and women can be friends will probably never be decided to everyone's satisfaction. However, we believe if you add one word, intimate, then the decision has already been made. Intimate implies closely connected, personal, and confidential.

Dr. Shirley Glass says that "infidelity is that you took something that was supposed to be mine, which is sexual or emotional intimacy, and you gave it to somebody else." (Shirley P. Glass, PhD, "Shattered Vows: Getting Beyond Betrayal," Psychology Today July-August 1998.)

Plainly stated, affairs are more about betrayal than about sex.

The consequences of adultery will be different in every situation. But we have sat with too many spouses devastated by an emotional betrayal to not comprehend the depth of the pain. And in fact, it is not uncommon to hear a spouse say they can forgive the sex of a physical affair but the struggle is dealing with the emotional entanglement. That betrayal is the bigger wound.

So how can you tell if a friendship is crossing over the line into an emotional affair? We'll look to Dr. Shirley Glass and her book Not "Just Friends" (page 31) for three elements she considers necessary to determine whether a relationship is an affair: secrecy, emotional intimacy, and sexual chemistry.

When attempts are made to hide feelings or actions in a friendship, something else is happening. You're enjoying it, but it's not something you want to share with your spouse—in fact it could be embarrassing or cause trouble. Secrecy is a testimony that you know you're doing something questionable.

Sexual chemistry is that subtle undercurrent of the awareness that this person is attractive to you. Author and speaker Gary Chapman calls it the "tingles." The truth is God created us to be sexually attracted to others—there is no sin in that occurring. But it is an indicator we need to limit contact with the person who elicits those tingles—unless we're married to them. And most therapists agree that this attraction is inflamed by its admission even if that admission is accompanied by a declaration that you will not act on it. There is a reason that God advises us to "flee" sexual immorality (see 1 Corinthians 6:18 and 2 Timothy 2:22) rather than stand and fight to overcome those natural desires.

The combination of secrecy, emotional intimacy, and sexual chemistry is a potent recipe that feeds an attraction. You are standing in quicksand, and if you fail to run, before you know it, you'll be up to your nose and in imminent peril of severely damaging your marriage.

So how does a person with no intention of ever betraying their spouse get into an emotional affair? The answer is very simple. You don't run when you should. You think you're above the temptation, or you think the person you're attracted to is above the temptation, and you just follow your natural instincts. You listen to the world tell you that nothing wrong is going on and that it's okay to have this friendship. You allow, maybe even manipulate, opportunities to be alone with this person. Slowly you build a relationship. You become so comfortable with a person of the opposite gender that you let your guard down and electricity fills the air. Then you find yourself preparing for those meetings like a teenager for a date.

The problem is that if we define infidelity only by its sexual contact, we then can feel free to pursue relationships that offer the excitement of something new without crossing physical lines. Often spouses, on the other hand, have little difficulty discerning when a friendship they are witness to has turned intimate, and very often these relationships cause increasing conflict between husband and wife. An emotional affair is in competition with the marriage, and often the spouse can sense it.

In our culture, staying connected is almost too easy. Besides being extremely mobile and on the go, we have cell phones, email, text messaging, instant messaging, and social networking sites like Facebook. And with the aid of the Internet, these relationships can even begin with a total stranger. After all, it can feel "private" and even anonymous at first. If you're wondering about a relationship, take a look at who you're communicating with and how often. The electronic trail we leave can be pretty informative.

So what do you do if you find yourself in what could be termed an emotional affair? That same biblical advice we mentioned earlier still applies—run. Continuing the relationship will spell disaster for you and the person you're involved with.

The irony is that sometimes extracting yourself from an emotional affair can be even more difficult than from a physical affair, especially if you rationalize that nothing has happened. If you can see that an emotional affair has occurred, understand that your marriage has suffered a severe wound. Take the energy that has been invested in the illicit relationship and redirect it to the healing and strengthening of your marriage.

However, even if the feelings haven't been verbalized between you and the affair partner, the fact remains that new boundaries need to be established.

We suggest that one of the first steps in extracting yourself out of an emotional affair is to come home and confess to your spouse. Some might think, Wait a minute; this is one I don't need to confess because nothing really happened. It'll only upset my spouse and cause even more problems. Unless there is a safety issue or something of that magnitude, we really do think bringing the truth out into the light is the best course of action. Explain to your spouse what has happened and the temptations you are now fighting, then enlist their help. This confession accomplishes three things.

First, it diffuses the power of secrecy. The thrill of a shared secret has now become a threat to your family. And your fantasy world has been exposed to reality.

Third, it is a great motivator to immediately end the relationship and begin working to rebuild your marriage with your spouse.

We encourage couples to discuss together and be in agreement with what steps will be taken to decrease or eliminate contact between the infidel and partner. Obviously, there will be no more private meetings. No more intimate conversations. The intimacy you were willingly giving to someone else belongs to your spouse.

Work situations that will continue to require contact with the affair partner will require more creative solutions, but it is still possible to eliminate the secrecy and emotional intimacy. We suggest all contact be professional—no personal exchanges at all. If the partner asks questions, the infidel should have a reply ready that they and their spouse have agreed to. Maybe something like "I've realized it is inappropriate to discuss my personal life with you. From now on we'll just focus on work-related subjects." End of discussion. And anytime there is contact with the partner, the infidel needs to tell their spouse as soon as possible.

The bottom line is that the couple focuses on their relationship, and the affair partner no longer is able to take energy away from that priority. And the possibility of offending your spouse overrides the possibility of offending the affair partner. True, if you follow our suggestions, the way you see yourself reflected in your affair partner's eyes may change, but that's a good thing. Better to be thought of as an honorable husband or wife than an attractive partner.

We both have opposite-sex friends. But most of our time with those friends is spent as couples. And we do not go out alone with a friend of the opposite sex. Our friends may not agree with the hedges we have put in place, but as friends of the marriage, they will not entice either one of us to climb over them.

Working with your spouse to heal the damage an emotional affair has caused to your marriage is worth the effort it requires. Thomas Hardy, the author and poet, said, "New love is the brightest, and long love is the greatest, but revived love is the tenderest thing known on earth."

We can only agree.