25 million people around the world are looking for love online—but are they developing healthy relationships?
Liuan Huska 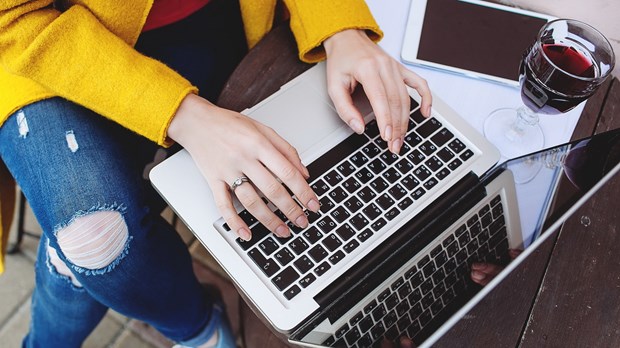 Several years ago, when 32-year-old Catherine Langford heard the words "online dating," she thought, "Losers do this kind of thing." Today, the clinical psychologist has been dating her boyfriend, a pastor she met on eHarmony, for over 19 months.

The fact is that more and more of today's romantic relationships start online. A 2009 Stanford study found that 22 percent of heterosexual American couples who met between 2007 and 2009 met on the Internet. In April 2011 alone, 25 million unique users around the world accessed an online dating site, according to one industry report.

Evangelical couples are no exception. The dating site ChristianMingle saw three million new members in 2012. Sites for every possible Christian subgroup, from Sovereign Grace Singles to MennoMeet, have popped up like mushrooms.

While concerns about online dating do surface, many now view Internet dating as simply another venue in which to find a marriage partner. Sam Moorcroft, founder of ChristianCafe.com, likens online dating technology to roads. "Are roads good or bad? Roads allow you to get to someone's house to have an affair. But, the medium is actually amoral," he says.

Having studied the work of Marshall McLuhan (recall his aphorism, "The medium is the message") and that of other media ecologists, I wasn't so ready to concede this point. So I decided to do a little investigating myself with this question in mind: Does the online dating process—creating a profile, uploading pictures, searching for potential matches and/or being matched using an algorithm, and communicating via computer before meeting face-to-face— fundamentally change anything about how we relate to each other? Is it amoral?

Dating websites claim to serve one or both of two purposes. First, to increase an individual's range of potential partners and, second, to match people who are uniquely suited to each other. Dean Scott's site, Sovereign Grace Singles (SGS), exemplifies the first. As a Reformed Christian, Scott found it difficult to meet like-minded people who shared his theology, a must-have for his future wife. He founded SGS in 2005 for those who care how a potential spouse would answer the question, "How have the doctrines of grace changed or affected your life?" It's "a fellowship environment, where romance might happen," Scott says.

While sites like SGS increase your options, sites such as eHarmony choose partners for you.

"We don't try and get you exactly what you say you want," says Grant Langston, VP of Customer Experience at eHarmony. "We use our scientific knowledge to find you the person we think will make a great marriage partner with you for the long term."

eHarmony cites the 30 plus years of marriage counseling experience of its founder, Neil Clark Warren, and extensive research to back its complex matching algorithm.

Some sites, such as ChristianMingle, serve both meeting and matching functions. Members can browse the profile of anyone on the site while also receiving site-generated matches based on their preferences.

So how might these new options change how we relate? Ashley Reccord, Christian Community Manager at Spark Networks, the company that owns ChristianMingle, points out that having more choices allows people to be more selective. "You really start to see some of your 'deal breakers.' You start to understand yourself better in terms of what you're looking for," she says.

But does a wider net always lead to better catches? Northwestern University professor Eli Finkel and his colleagues don't necessarily think so. In a 2012 article, they cite numerous studies that show larger choice sets can lead to lazier decision-making strategies and poor decisions. They also caution that online daters who have access to hundreds, if not thousands, of potential partners might be less satisfied with and committed to the partners they end up choosing.

Maybe that's why some people prefer services such as eHarmony, which send a limited number of potential matches and don't allow browsing. Finkel and his team liken these services to relational real estate brokers instead of relational supermarkets.

Neil Clark Warren recalls ruefully that when he started eHarmony in 2000, he had "presided over the funerals of more marriages than anyone I know." He was determined to help people find marriage partners who were relationally compatible with them before they had emotionally bonded with partners who weren't.

Warren and a team of psychologists studied 800 married couples and found 29 dimensions of compatibility to be crucial to a happy marriage: from intelligence to energy level, and even curiosity. This research and the 565,000 marriages the site boasts of facilitating give eHarmony the confidence to call itself "The #1 Most Trusted Relationship Site."

Wheaton College media ecologist Read Schuchardt is concerned about the implicit messages that dating sites send, especially those like eHarmony that claim to find your "ideal match." These sites feed the illusion, Schuchardt said, "that the perfect one is 'out there' and all you have to do is find them through this fine-toothed comb called online dating. The reality is just the opposite — no matter who you find, it will take a lifetime of sacrifice and accommodation to learn how to tolerate living with the other while they attempt to learn how to tolerate living with you."

Beth Felker Jones, a theologian at Wheaton College, expresses similar worries about dating websites' claims to help an individual find the "right person" with freedom to be more "picky."

"Marriage is not about being fulfilled by the right person but about joined service to the kingdom of God," Jones says. Matching formulas or even personal lists of must-haves in a spouse, "really blinds us to the wonderful strangeness of people."

Jones also cautions that the underlying messages of dating websites can perpetuate the unhealthy Christian mythology of marriage, especially for women.

"'You should open yourself up to this medium, because marriage is what you're for,' is the implicit logic that some site creators employ to get people over the hurdle of trying online dating," Felker says. "But marriage is not the purpose of our life. Relationship with God is."

Some online daters share the skepticism of these critics. Amanda, an IT specialist in her early 30s who has used eHarmony and ChristianMingle for several years, didn't have high expectations starting out.

"I didn't go online thinking I was going to find my true love or anything. It was simply a way to meet people," she says.

But is online dating technology "simply" a way to meet people?

What we gain and lose

If I had ever decided to try online dating (which I won't now because I'm married), I could join a search-based dating site like ChristianCafe.com and look for, say, Baptist, Caucasian men between 26 and 35 years old who stand between 5'10'' and 6'2'' and are of athletic build, don't drink or smoke, want children, went to college, go to church regularly, and live within 100 miles of me.

I would receive a list of eligible bachelors that fit my criteria, including pictures. I could then browse their profiles and read answers to open-ended questions about their faith, favorite Scripture verse, relationship expectations, and favorite activities. If I was interested, I might send a message. On ChristianMingle, I could also send a smile or sparks, or indicate I was someone's "secret admirer."

I could do all this. But what would I gain over more traditional methods? What would I lose?

One benefit is that "You cut through those first five awkward dates very easily and quickly," says Reccord of ChristianMingle. But might those first few dates tell you something that you can't tell through an online profile?

Langford certainly thinks so. By the time she was meeting someone in person (which she suggests doing as soon as possible), "I didn't want to ask deep questions. I just wanted to get a feel of what they were like to interact with—what they were like as a person." She recalls meeting someone who seemed interesting online and on the phone, but she was "bored" when they met in person.

This "feel" that Catherine needs to sense face-to-face might be called chemistry (or lack thereof). And chemistry, admits eHarmony founder Warren, is one dimension their questionnaire can't measure.

But lack of physical presence might also be helpful, ChristianCafe.com's Moorcroft says. "You get to know somebody almost mind to mind without all the physical chemistry getting in the way." Well, you might, if your picture passes muster.

"People who don't take good pictures or don't tend to their pictures can find themselves without much communication. A lot of decisions get made because of the photo," says Langston of eHarmony. At first, eHarmony didn't allow users to upload photos, but after the ratio of men on the site dropped to about 35 for every 65 women, they gave in to the demand for visuals.

Navigating the pitfalls of online dating

The picture pitfall points to perhaps the most serious liability of the online dating medium: the danger of "treating the living human as a commodity, image, style, and data set," Schuchardt said. Site creators and users also agreed with Schuchardt's assessment that online dating can be deceiving. "You can create a reality in your mind that's not very accurate," SGS founder Scott said.

On one side of this false reality, online daters tend to idealize the person on the other end, sharing more of themselves and becoming emotionally attached more quickly than they would in person. On the other side, individuals tend to treat their potential partners as less than human by not responding to messages, saying harsh things they wouldn't necessarily say in person, or dropping out of the relationship without any explanation.

Moorcroft admits these pitfalls, but counters, "How is that any different than in the real world?" Online dating, in his view, simply amplifies who someone really is.

"The type of person who would 'dis' someone online would also do that offline," he says.

Is Moorcroft right in the end? Is online dating an amoral medium?

Online dating may be amoral, but according to Shane Hipps, author of The Hidden Power of Electronic Culture: How Media Shapes Faith, the Gospel, and Church, it's definitely not neutral. "No technology is neutral," he says. When it comes to online dating, Hipps thinks "we are trying to establish the deepest human connections without our most useful interpersonal resources—like trying to raise dough without yeast."

"It means that it blinds us, while still giving the illusion that we see," Hipps says. "As long as we know it is blinding, we are better able to navigate it."

So how can Christians navigate the possible pitfalls of online dating?

"Guard your heart, and, above all, remember that the heart is deceitful above all things," Schuchardt says. "The loneliness that creates the yearning for relationship is incredibly real, and the digital technology can be so seductive in making the heart [not the mind] think, 'You're just a click away from fulfillment.'"

Jones exhorts online daters to look for accountability and discernment in community and remember what really matters—embodied life. "Think about other individuals as human, created in the image of God," she says. "If you're ever treating a person—even digitally—as less than human, then you have a problem."

And what about the dating sites? Are there ways for self-described "Christian" dating websites to live up to the name? According to Quentin Schultze, communication professor at Calvin College and author of Habits of the High Tech Heart: Living Virtuously in the Information Age, a Christian dating site should emphasize daters' transparency, mutual service, and humility before God. Then, he says, dating could be "more like liturgy, and less like social scientific research."

Liuan Huska is a freelance writer living and writing in the Midwest.