When we let go of wrongs, we loosen Satan's grasp on our relationships
Domeniek L. Harris 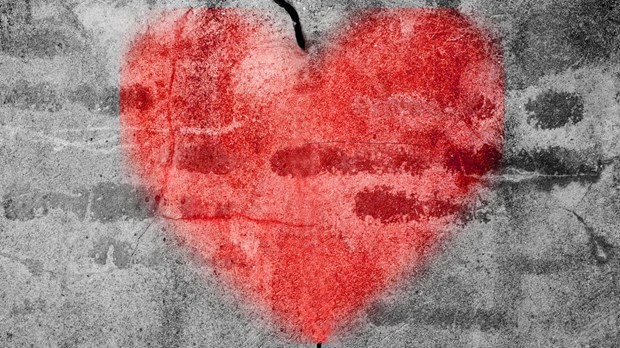 Does your flesh seem to crawl when you come into contact with certain people? When you hear the sound of their voice, does every fiber of your being cringe? Does your chest tighten when you think of them?

Are you embarrassed to admit this is the way you feel about the person you share your life with? There is a possibility Satan has you in his grip through unforgiveness.

Too often in marriage when there is offense and conflict, we identify our mates as the enemy. Our mates are never the enemy. If we learn who our enemies really are, we can effectively fight the battles in our marriages and rise to victory. Our real enemies are the powers of darkness and our own flesh. These enemies often go unnoticed in the heat of battle.

Our flesh seeks to please itself and cannot please God. The apostle Paul warns us about our flesh, in Romans 8:8, "Those who are still under the control of their sinful nature can never please God."

The powers of darkness intend for all marriages to be destroyed. If you commit to God and your mate, you will wrestle with the forces of darkness. Ephesians 6:12 declares, "For we are not fighting against flesh-and-blood enemies, but against evil rulers and authorities of the unseen world, against mighty powers in this dark world, and against evil spirits in the heavenly places."

When we recognize our enemies, we are more effective in loosening Satan's grip of unforgiveness.

We often equate forgiveness with something warm and fuzzy. Truthfully, forgiveness is quite the opposite. Forgiveness can be quite painful when it involves someone you are madly in love with. In marriage, forgiveness is not "Don't worry about what you did, I'm fine with it and we all make mistakes." It sounds spiritual and great coming out of our mouths, but inside we are struggling with hypocrisy. We are plagued by an abyss of pain, anger, bitterness, and resentment. Forgiveness is not lip service.

I learned to honor God with my heart and not just my mouth. We are lying when we say we have forgiven but unforgiveness still rots our souls. Satan grips and weakens us through unforgiveness. He tightens his grip through a religious spirit that says the right thing while refusing to confront the offense and heal.

How do you forgive someone who was never supposed to hurt you in the first place? Why forgive them? What about all the damage to your marriage and family? The best answer is you must; forgiveness was extended to you. Jesus said in Matthew 6:14-15, "If you forgive those who sin against you, your heavenly Father will forgive you. But if you refuse to forgive others, your Father will not forgive your sins." If you refuse to forgive, you operate in sin and in covenant with Satan.

These questions and declarations are hard to swallow. I have battled with them in my marriage, but I came out victorious. I battled so much with unforgiveness because I could not see my own sin. I could not see that my unwillingness to forgive was just as ugly to God as the things I blamed my husband for. The reason we battle unforgiveness is because we can only see the depravity in the souls of others, ignoring the beams in our own eyes. I won the battle of unforgiveness when I realized that I was in need of forgiveness from God and my sweet husband. I won the battle when I was willing to face the ugliness of my own heart and surrender my heart to God. I realized my enemies were my own flesh and Satan, who loves to work in my flesh. Unforgiveness is a work of the flesh, and it will remain until you crucify it on the altar of forgiveness.

We struggle to forgive because we justify our rights and inappropriately apply God's Word. Many of us have declared inwardly or outwardly, "The Bible said, 'Be ye angry.' " We forget the rest of the Scripture verse: " … and sin not: let not the sun go down upon your wrath" (Ephesians 4:26, KJV). If we are honest, many of us are angry and sin for days, weeks, months, years. Many of us will carry the sin of unforgiveness to our grave.

Forgiveness becomes a struggle when we seek to please our flesh. We struggle because the Holy Spirit demands that we be like Christ. God is as displeased with unforgiveness as he is with sexual sins, deception, lying, and envy. We must remember that any sin either of us could commit, Jesus paid for at Calvary. Who gave us the right to make our spouses pay for sin when we did not?

Due to the gravity of their offenses, we believe we have the authority to execute judgment on our mates. But God would never entrust vengeance into our hands. Why? Our sin-stricken souls will never view our spouses purely through the eyes of God's grace. We should be concerned for ourselves when we seek revenge on the people we promised to love, honor, and cherish. Unforgiveness unequivocally implicates the wickedness hidden in our hearts and the depravity of our own souls.

Through many offenses, trials, betrayal, and calamity, I have learned real forgiveness. I have learned that the world's standards for marriage are a slap in the face to God. When we decide not to forgive, we call it "irreconcilable differences." God calls it unforgiveness. Blasphemy of the Holy Spirit is the only biblical sin for which there is no forgiveness. In most divorce cases, blasphemy is never mentioned.

Real forgiveness is threefold. Forgiveness means excusing the penalty for an offense, offering pardon. Forgiveness means renouncing anger and resentment. Finally, forgiveness is a choice. God gave all of us the power to choose. These definitions are simplistic, but they pack enough power to loosen the stronghold of unforgiveness. As an immature Christian, I thought I had the right to be angry and my sin was justified. It never was.

Several years ago, I went through a very difficult time in my marriage. Having experienced betrayal, my heart had grown biting cold, filled with anger, bitterness, and resentment. In hindsight, the way I treated my husband is embarrassing and was disrespectful to God's Word. There was no remorse—I believed I was the victim and my actions were justified. How much pride is that? I entered a covenant with Satan for several years, while my marriage burned to the ground. I tried everything to fix it, except forgiveness. I flirted hard with the idea of divorce.

God's grace is sufficient; God's Word eventually penetrated my heart. I experienced real forgiveness and it released me to forgive. I was on my knees in the bedroom, praying and crying to God about all the wrong that had been done. I knew it was unacceptable for me to be the victim; surely it was unacceptable to God. The next few moments humbled me into a heaping pile of humanity. God put a mirror to my face. He acknowledged my concern, rebuked me for my sins, and told me to repent to my husband. I was annihilated, but I responded in obedience.

Until then, I had hindered the move of God because I had too much pride to forgive. God has such infinite wisdom. My husband had been asking God how to bring restoration to our relationship, and God showed him that he needed to seek forgiveness from me. That day began a new chapter in our marriage as we both sought forgiveness from God and each other.

Over the years, after much struggle with the sin of unforgiveness, I learned that forgiveness is a choice. We make the decision to forgive, even if our emotions, feelings, and desires have not surrendered in obedience to God. As children of God, we are lead by faith, not feelings. When we make decisions based upon feelings, we give Satan the rope to hang us with. Real forgiveness is demonstrating what Christ did for us on the cross. Honestly, most of us have repeated the cliché "What would Jesus do?" The answer: forgive.

The devil understands the power of forgiveness. He had the opportunity to behold the glory of God and the kingdom of heaven. He has been doomed to hell and is mad and desires us to share his fate. Satan knows that forgiveness redeems and restores relationships.

Satan is employed to steal, kill, and destroy. Unforgiveness opens the door for him to hold us back. Each day we incite harsh words because of offense and inflict the silent treatment, we strengthen Satan's rope of entanglement. As the sun sets and we nurse anger, bitterness, and resentment, the devil smiles. We have embraced the power of darkness.

Satan is selfish and prideful; when we are unforgiving we act like him. Unforgiveness is laced with pride—which cost the devil the kingdom of heaven. Loosen Satan's grip and forgive. God's forgiveness propels us into salvation and restoration. Your marriage can be restored and bring glory to God.

Domeniek L. Harris is a freelance writer, speaker, professional educator, women's ministry leader, Bible study teacher, and founder of By His Side Ministries, a multicultural, interdenominational, and international ministry for ministry wives. She is a co-laborer in pastoral ministry, and pastor's wife, at Bibleway World Outreach Ministries in Cordova, Tennessee.