Preacher, homemaker, cheesemaker—whatever our vocations, with God, we have the job opportunity of a lifetime—to help God make shalom.
Carolyn Arends 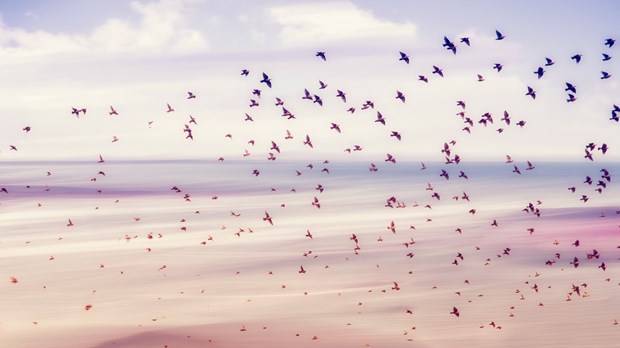 I loathe confrontation. I am sometimes called a "peacemaker," but the truth is I have always been easily pacified by a counterfeit peace that is really less about making waves and more about right relationship. At the other extreme, I've watched assertive friends make pseudo-peace by the sheer force of their persuasive personalities.

Neither the passive nor the aggressive route brings the kind of peace Jesus had in mind when he said, "God blesses those who work for peace" (Matthew 5:9). Real peace is not just about the ceasing of conflict between relatives, ethnic groups, or nations—it's also about dealing with underlying causes. Be it the Middle East or the middle of my family room, there are forces of evil at work, manifesting themselves as greed, ego, insecurity, and sometimes aggression.

The problems are infinitely complex; my default response is to shrug my shoulders in low-grade despair. But I know better. I know that Jesus not only desires peace, he is peace. And he wants us to be not only its recipients, but also its agents.

There is a scene in Monty Python's Life of Brian in which Jesus is delivering his Sermon on the Mount. A woman at the back can't quite hear, and when Jesus intones, "Blessed are the peacemakers," she asks, "What's so special about the cheesemakers?" To which her husband replies, "Well, obviously it's not meant to be taken literally; it refers to any manufacturers of dairy products."

It's a ridiculous exchange, but given the context in which Jesus delivered his sermon, I doubt his audience would have found "peacemakers" any less absurd than "cheesemakers." For centuries the Israelites had been promised a messiah to rescue them from a long line of oppressors. When Jesus started teaching, healing, and even resurrecting people, hopes must have soared. I can imagine Jesus clearing his throat, the locals holding their breath as they waited to hear his plan for overturning Roman rule. What a shock it must have been when he opened with, "Congratulations when you are poor in spirit," built to a focus on making peace, and closed with, "How wonderful when you are persecuted."

Jesus' audience was getting a crash course on one of his core messages: the kingdom of God is near—breaking in, alive, active—and it's nothing like you think. Two thousand years later, we have cross-stitched Jesus' words and hung them docilely on our walls, but his real message is no less counterintuitive or shocking.

The Beatitudes recorded in Matthew 5:3–12 are not a tame to-do list of "be-attitudes." They are descriptions of what happens when the kingdom breaks into—and revolutionizes—a person's life. And each of the first six beatitudes builds toward the seventh: kingdom people will be peacemakers.

Shalom, the Hebrew word for peace, has expansive connotations. It means "harmony, wholeness, and right relationship with God, others, self, and the earth." Isaiah offers prophetic pictures of shalom: the wolf lying with the lamb, weapons turned into farming tools, deserts blooming. Fourteenth-century theologian Julian of Norwich must have glimpsed shalom when she said, "All shall be well, and all shall be well, and all manner of thing shall be well."

Jesus promises that kingdom people will be not just shalom lovers or even shalom keepers, but shalom makers. God wants to include his children in the family business. Peacemaking is a mandate each of us is called to live out inside our own skin and circumstances, whether we work for the United Nations or not.

When I think of shalom, I picture a 19th-century Russian priest name Father John of Kronstadt. Most of his fellow clergymen refused to visit the villages that surrounded their cathedrals—chronic poverty had fostered a debauched despair that made the rural areas treacherous. But Father John would enter the slums and get down in the gutters. He would find some guy sleeping off whatever he had done the night before; he would cup his chin, look him in the eyes, and say, "This is beneath your dignity. You were created to house the fullness of God."

Preacher, homemaker, cheesemaker—whatever our vocations, we are here for a reason. God's kingdom is at hand, breaking in, offering the job opportunity of a lifetime. We get to help him make shalom. Anything less is beneath our dignity.

Excerpted from the Everyday Matters Bible. Subscribe to TCW's free email newsletter at this link for weekly updates and chances to win free books and music downloads.