Even from a distance, I was sure I could hear them.
Margot Starbuck 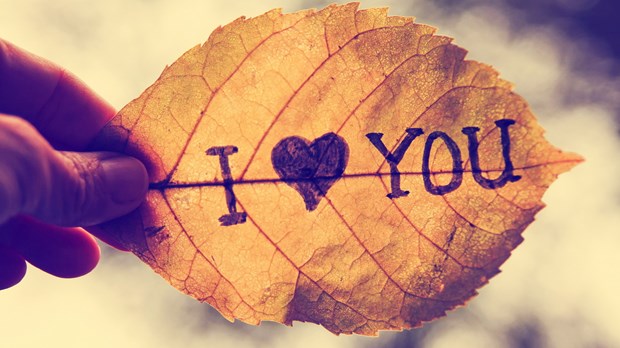 I'd spent the last few wintry-cold months thinking about my ex-boyfriend—and how he probably wanted to date me again. Then during a cross-country road trip, from New Jersey back to my home in California, I had the opportunity to see him in Chicago—where we'd both grown up—as I passed through. (Yes, I admit it. I probably would have concocted the trip out of thin air, but I actually needed my car in California. So the whole casual stop-in was actually legit.)

Scott's folks were kind enough to offer me their spare room for a night and even the gift of using their laundry facilities. So after tossing in a stinky load, Scott and I went out to share a romantic Italian dinner.

While he didn't come right out and say—with words—that I was the love of his life, I think it was obvious to anyone at Luigi's that night that we were made for each other as we ate and drank, laughed over old memories and shared new stories.

While he didn't come right out and say—with words—that I was the love of his life, I think it was obvious to anyone at Luigi's that night that we were made for each other as we ate and drank, laughed over old memories and shared new stories. After a magical evening, we reluctantly headed back to his parents' home where he was also visiting.

Lying wide awake in bed, the distant whir of the dryer spinning my clothes toasty warm, I was thinking of Scott, and I was certain that Scott was also thinking of me. He was probably beating himself up for not being more forthright with his affections. And one day we'd laugh together, possibly with our grandchildren, about that.

The next morning, I was sure my suspicion of his affection would be confirmed. Carefully creeping across an icy driveway, the sun barely risen, I dropped my overflowing laundry basket in the passenger seat of my car, fell in beside it, and cranked up the engine to warm up the car.

Though it was early and I'd thoughtfully said my goodbyes at midnight, I was delighted to see a sleepy Scott, with mussed bed head, who'd risen to catch a final glimpse of his beloved through the kitchen window.

Like the wakening gaze of Snow White or Sleeping Beauty, suddenly face-to-face with the one in whom their lives would be found, our eyes met.

Sweetly pointing to himself, then to me, he mouthed the words, "I love you."

Matching his tenderness, I pointed to my own chest, then back at him, saying, "I love you too."

Cupid was certainly smiling down on us.

A second time, he pointed to his chest, then back at me, "I love you!"

My eyes widening in agreement, I returned, "I love you too!"

Whether by virtue of its working engine or the glow of my blazing heart, the car was now warm. I'd made a morning appointment nearby and knew it was time for me to leave. But I didn't want the magical moment to end!

More vigorously now, Scott stabbed his pointer finger at his chest, then pointed back at me.

"I LOVE YOU!" he bellowed, still pointing back and forth between us.

Though separated by a few layers of glass, unable to actually hear a word he said, his passion was unmistakable.

My heart ablaze, I reflected his growing insistence with shouts that were accompanied by large pantomimed gestures.

"I!" I hollered, pointing to my right eye.

The agonizing separation, I tried to assure myself, would only make our love grow stronger.

"LOVE!" I yelled, crossing my arms across my chest, like the American Sign Language signal for amorous affection.

"YOU!" I belted out, jabbing my finger through the air toward Scott.

And, for emphasis, I shouted "TOO!" while punctuating the pronouncement by thrusting two peace-sign fingers toward my windshield.

Reluctantly, I reached for the gearshift to back out the driveway. The agonizing separation, I tried to assure myself, would only make our love grow stronger. We would work out the details (like living in the same state) in time.

As I glanced down, my eye caught a glimpse of something on my thick, fuzzy wool sweater: a bright kelly-green shoulder pad had been velcroed to the front of me.

Horror-stricken, I ripped the parasite from my sweater and dropped it into the basket beside me. Head down, eyes on the road, I pulled out of the driveway.

Margot Starbuck is a writer, speaker, author of several books, and a TCW regular con­tributor. Connect with her on Facebook, Twitter, or at MargotStarbuck.com.