A suburban teen was sold for sex by her own father until her high school basketball coach rescued her.
“Brittany Lewis,” as told to Allison J. Althoff 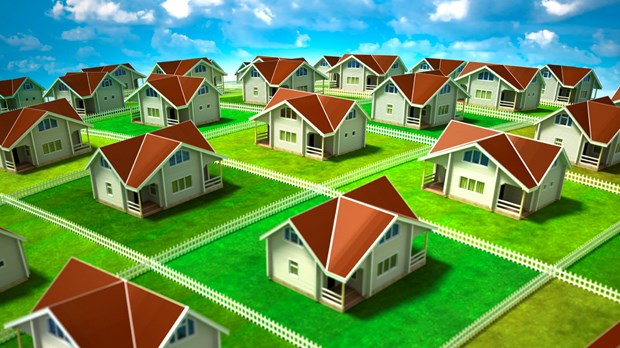 I grew up in a "normal" type of house. Like any, it had its dysfunctions. My dad was an alcoholic and would steal my money—but I just thought that was all normal. We went to a Baptist church, and my dad was actually a deacon at one point. Through different things he stopped going to church, then we started hopping around to different churches. When I was in junior high, one day my dad happened to come in when I was changing to just look at me. It made me feel very uncomfortable, but I thought, oh, this must be normal, it just happens. But after a couple of months, he started to rape me. It happened very frequently—almost every night. As it progressed, it grew more and more violent.

One day my dad took me for a drive. I didn't think anything of it, but when we got to his friend's house, they put me in another room and I was able to see them giving my dad money. It was supposed to be a party. We all started drinking, then they all raped me. My dad held me down while they did it.

Something like that is the biggest betrayal. When my father discarded me and gave me away like that, I felt like I was worth nothing. After all of it was over, he gave me this gold necklace because he said he was so sorry, that he didn't mean to do all this, and he didn't know what happened. I wore that gold necklace almost every day, because I tried to believe him, but things didn't change. It all continued to happen.

I was able to cope with day-to-day life by viewing my dad as two different people: during the day I viewed him as my dad; at night he was somebody else. I tried to keep my school and home life separate, but going to school was beyond exhausting. Even though I thought what was happening to me at home was normal, I wanted to tell somebody because a part of me knew that probably shouldn't have been happening. But I didn't feel like I could. He was my dad.

My basketball coach from high school, Tricia, and I worked the same job as shuttle officials for football games at our local university the fall after I graduated high school. This encounter was more than a coincidence—I believe it was a divine appointment. She kept talking to me, and she'd say things like, "Let's go out for coffee, let's do this, let's do that." After meeting with Tricia over time, I started disclosing some information about my life—I had moved in with my grandmother, I was partying and drinking a lot, and I was still being abused by my father. Because I had a little sister at the house who I thought may end up dead, I began to tell Tricia some of my story. She had me move in with her family, and during this time, Tricia helped me through the legal system.

Through that process—it's been like five years—God has been so good, but it hasn't been a cakewalk. We felt like someone had dropped us off a plane in the middle of an ocean. I needed counselors. I needed help. Everything took money, and I didn't have the financial means to do all that. We couldn't even find a Christian counselor who would give us help without financial means. When I finally decided to press charges, it was because I knew my sister was in danger. We had an amazing investigator downtown, and the defense attorney was willing to take her case. The story was consistent, and they wanted to prosecute. They interviewed my parents, but the problem was the level of evidence you have to have. It was my word against my father's word, and he's a very strong and manipulative man.

It's been since December 2007 that I filed my first claim at the police station. Since then we've dealt with phone calls, interviews, decisions, and depositions, but there's always pressure to have more evidence in order to convict. So that's where it stands right now. I'm being encouraged to press more charges, but it's come to a point where I've had to start asking, what is justice? My father could spend 30 days to life in prison if he's convicted for all the bad things he's done, but that wouldn't free me from the effects of the abuse and the lies.

Something has to change. There are only like four or five officers in our state dealing with the issue of sexual abuse. Without God we would have walked away from that police station, my sister would still be trapped at home, and horrible things would have likely happened. By God's grace, we were able to get my little sister out of the home. She didn't have to go back.

Dealing with unrelenting pain, nightmares, flashbacks, and all different triggers every day makes you want to give up.

Dealing with unrelenting pain, nightmares, flashbacks, and all different triggers every day makes you want to give up. There are a lot of mind games you have to play. You have to tell yourself truth over and over again. After all of this, I was completely broken. I felt I was worth nothing, and I was suicidal. I said, if this is all life is worth, it's not worth living—take me home, Jesus. I was a Christian, but I thought I didn't want to live anymore—I told God, you'll have to prove yourself real to me. I stopped going to church because I was so angry. But through that honesty, I purged a lot of bitterness that was in my heart, and I can honestly say I have no bitterness toward God at this point. God knows my heart and everything that's in it, so I'm not hiding anything from him.

I know I'm not perfect and life is still hard sometimes, but I have hope. I want to share my story so girls out there can know there is healing and redemption through Jesus Christ. They can have the courage to come forward. They don't have to be silenced anymore. There is hope, there is beauty, and I just want to bring light to the darkest places to make a difference because of the work Christ has done in me. He's the only reason I'm here today, and the only answer I have. If you're a young person in an abusive situation, don't give up—reach out to someone! There is help and hope waiting for you in a church family or community.

Brittany Lewis is a pseudonym for a woman studying to become a nurse practitioner in Minneapolis. She hopes to be a voice for the voiceless, seeking to raise awareness and help reach out to girls currently trapped in abusive situations.