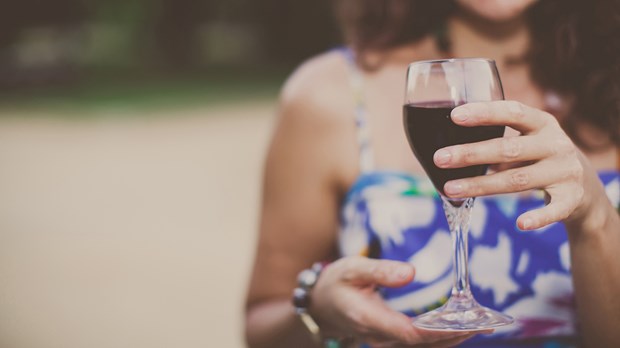 It’s a perfect example of circular reasoning, or “assuming the premise.” Making wine is sinful; Jesus couldn’t have sinned, and, therefore, Jesus could not have made wine.

My dad had been trying to explain that the Greek word for the stuff Jesus made in John 2 was the same as the word for the stuff Paul tells the church not to get drunk on in Ephesians 5:18, and it was all a bit much for the man to take in.

His concern, if not his logic, was reasonable. If you’ve been raised to regard wine as inherently sinful, the Bible can be disturbing reading. Jesus makes wine and serves wine; he says that wine is the new covenant in his very blood. The psalmist praises wine as that which gladdens a person’s heart (Psalm 104:14–15), and the Teacher urges the reader to drink wine with gladness, insisting that God approves (Ecclesiastes 9:7).

Biblical warnings about wine simply underline the fact that what we’re talking about is, in fact, wine.

No small measure of ink has been spilled in an attempt to blot out the Bible’s embarrassing oenophilia; The Temperance Bible-Commentary (1868) is but one example of the volumes that have been written (and are probably still being written) to correct this perceived flaw. These writings generally go to great and tedious lengths to demonstrate that wherever the Bible reads “wine,” we are to understand it to mean “grape juice,” or, bizarrely, “raisin paste” (which sounds more like a cookie filling, or a laxative, than a beverage), or else to argue that when the Bible mentions “wine,” it’s referring to something so diluted as to be essentially non-intoxicating.

These arguments don’t hold up to any amount of reasoning. What sense would there be in admonishing someone not to get drunk on raisin paste, grape juice, or some other grape-related, but mostly non-alcoholic, beverage? You wouldn’t put a label advising the consumer that alcohol can be hazardous to one’s health on a container of chocolate milk. Yes, alcohol can be hazardous to one’s health, but generally that’s not an issue that comes up over a tall glass of chocolate milk. Biblical warnings about wine simply underline the fact that what we’re talking about is, in fact, wine.

Moreover, wine is a fermented drink. As any elementary source can tell you, fermentation is simply what happens to grape juice without refrigeration (until Dr. Welch came along, about whom we’ll discuss more later). The only grape juice that would have existed in the ancient world was simply wine that hadn’t yet matured—a drink in the early stages of becoming wine.

No, the wine in the Bible can’t be edited away with word studies and historical background sleight of hand, precisely because the biblical writers were clearly well aware of wine’s dangers. The first biblical story involving wine is the story of Noah, who plants a vineyard, makes wine, promptly gets drunk, lies naked in his tent, and is disgraced by his son. (The text suggests rather than spells out exactly what transpired, but whatever it was, it wasn’t pretty.) This story is, in some ways, a story of creation starting over again after the flood: Noah, like God, plants something. Like Adam and Eve were instructed, he tends to it, cultivates it, and produces something from the stuff of the earth. He participates with God’s
own creativity in making wine. As the writer and priest Robert Farrar Capon writes in The Supper of the Lamb, “sugar in the grape and yeast on the skins is a divine idea, not a human one.”

Then, sadly, Noah shows himself to be like every human being who has ever lived—he takes God’s good gift and puts it to destructive use.

God knows the weakness of the human frame, so it’s no surprise that the Bible is full of warnings of the dangers of drunkenness.

We do this with so many good things—sex, food, possessions—but wine and other drinks that can be intoxicating strike many Christians as particularly dangerous. Over the previous two centuries, American Christians have strongly associated alcoholic beverages with social evils; combating slavery, child labor, and domestic abuse has gone hand-in-hand with prohibitionist inclinations.

Thomas Bramwell Welch (he of the grape juice fame) was part of a Wesleyan group that was both prohibitionist and abolitionist; he was, for some years, active in the Underground Railroad. He later became a Wesleyan minister, and, later still, a dentist. It was to meet the need for “unfermented wine” for a proper Wesleyan celebration of the Lord’s Supper that, in the late 1860s, he created what was then known as “Dr. Welch’s Unfermented Wine.”

Those who opposed the use of alcohol were also, primarily speaking, concerned with social reform more generally: with protecting women and children from violence, poverty, and abuse; with keeping men gainfully employed and keeping them from drinking away household funds. The drinking that prohibitionists decried hardly resembled the four-ounce glass of red wine that I drink with dinner two or three times a week; it more closely resembled the daily pint (or more) of vodka that my grandmother (ab)used for decades to erase her bad memories, and, eventually, herself.

God knows the weakness of the human frame, so it’s no surprise that the Bible is full of warnings of the dangers of drunkenness—Noah’s story stands as a byword in this regard. Still, in the very same chapter in which the prophet Isaiah declares woe upon those who get up early to run after strong drink and stay up late getting inflamed with wine (Isaiah 5), he
describes God’s sadness over Israel as the sadness of a vintner, who, having planted and cared for a vineyard, has received no grape harvest, and thus, no wine.

Like everything else in this very good but broken world, wine is a gift that must be handled wisely . . . until that day when all of creation is redeemed.

In the Old Testament, wine is associated with joy, with celebration, with the coming of the Messiah—which is why, when Jesus turns water into wine at Cana, it is a tremendous “sign.” It’s a revelation of God’s presence within him and an announcement that he is the Messiah. The kingdom of God, in the Old Testament as well as the New, is associated with abundant wine. In Genesis 49:11–12, the vision is of wine being so abundant that it can be used for washing; in Jeremiah 31:12, wine is mentioned, along with bounteous food, as part of the blessing of God’s kingdom. Wine in Scripture is, without question, a sign of blessing that can
point us to Christ, but Scripture is also clear that, like other good gifts, wine can be used destructively.

To say that wine is a sign of God’s kingdom coming is not to say that drinking wine is some kind of imperative. Cultures differ widely in their use (or avoidance) of alcohol, and without cultural support for moderate drinking (as exists, for example, in Italy), people tend almost always to drink to excess. This is an unquestionably bad thing for individuals and society alike. As D. L. Mayfield eloquently argued in a Christianity Today article on why she doesn’t drink, the temperance movement grew out of social concern and the “belief that alcohol disproportionately affected the poor and marginalized, usually in concentrated, urban areas.”

Prohibition ended in failure, in part because the illegality of alcohol led people to make their own poisonous distillations and brews. But it may be valuable for American Christians to remember that prohibitionist impulses came out of a particular context: a society that was changing rapidly, where people—including children—were moving off the farms and into industrial life. The Women’s Christian Temperance Union also championed the eight-hour workday and other reforms (including women’s suffrage) so it stands to reason that if families faced many challenges in that era, alcohol was not necessarily the cause but was almost certainly an aggravating factor.

The truth is that no form of reasoning—exegetical, historical, or otherwise—can make the Bible offer an unambiguous word on strong drink. No tidy syllogism will uncritically defend wine or unequivocally condemn it. It is both a sign of God’s kingdom—and therefore, of redemption, peace, joy, abundance, and celebration—and the means by which decent folks fall into trouble. Like everything else in this very good but broken world, wine is a gift that must be handled wisely, sensitive to cultural context and ever-present human frailty, and protected from abuse until that day when all of creation is redeemed and it will flow freely and joyfully at the Supper of the Lamb.

Rachel Marie Stone is a regular contributor to Christianity Today’s Her.menuetics and is the author of Eat with Joy: Redeeming God’s Gift of Food. Connect with her at RachelMarieStone.com, or follow her on Twitter at @Rachel_M_Stone.