A bachelor speaks: Pursue your dreams (not your dream guy).
By Jared Downing 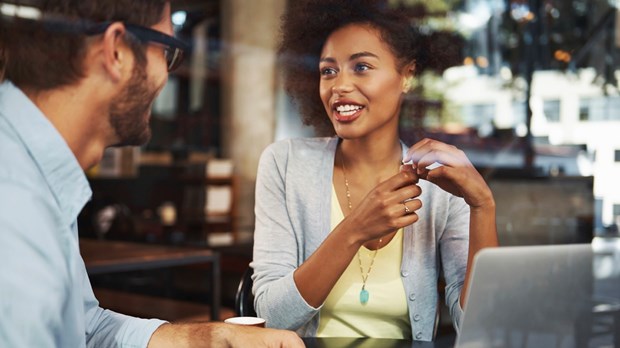 When I arrived at my early twenties, I had expected the marriages, but not the marriage blog posts.

They came almost on cue: As soon as that first college friend Facebooked her engagement, her single friends started linking to articles like “Why You Should Stop Praying for a Husband and Go Find One,” “7 Marriage Myths the Church Told Me,” or “The Joy of Marrying My Best Frenemy.”

With articles like those, my news feed sometimes looks like the cover of Cosmo: Focus on the Family Edition. It’s usually insightful stuff, though, and I can see how it resonates if you’re 26, can’t get so much as a second date, and want to believe there’s a plan but can’t shake the terrifying feeling that—in an increasingly religion- and commitment-shy generation—you’re playing a rigged game.

But watching from the sidelines with the other marriageable dudes, I have to wonder: What makes us such a big deal anyway?

I mean, just look at us: You’re posting about the theology of love while we’re posting pictures of hamburgers with buns made of fried chicken. We’re more likely than ever to live with our parents and settle for unpaid internships after college, while less community minded, less politically savvy, and less comfortable with the idea of marriage. If you really believe there’s a purpose for your life, maybe one of us would just get in the way.

Not that a wonderful, godly man won’t be sent to join you in your mission, but it doesn’t necessary mean something is missing if he doesn’t show.

And while being alone can sting—a lot—it isn’t stopping many guys from doing business, art, science, and ministry without a snugglebug. You, ladies, have the very same powers of creativity and intellect, especially now in a world of representative democracy and Keurig machines, where an individual can hold as much social and economic clout as a family unit. I’m not going to speak for the Almighty on this one, but it seems odd he would tether half of his brightest recruits to people who sometimes just turn their boxers inside out instead of running the spin cycle.

I know about the loneliness—the deep burning in your chest when you wake up that never really goes away. Is that a sign of God’s will? Maybe. But maybe it’s just a sign that you’re human. We’re asked to master all sorts of basic drives (greed, fear, lust, and so on) for the sake of faith. Loneliness is only different because we were taught to indulge it when our parents promised us marriage isn’t so much if as it is when.

I’m not saying family isn’t important, nor that you might not be called to it someday—only that its “supremacy” as a life path is no longer a given. In fact, it never was. I’ll spare you that pesky little passage in where Paul sort of shrugs his shoulders at the whole thing, but I will quote pastor and author Tim Keller on it. As he put it in a sermon: “Traditional society said, ‘Unless you have a spouse and a family, you can’t possibly be a legitimate person.’ Modern society says, ‘Unless you have sex and romance and love, you can’t possibly be fulfilled.’ And Paul says, ‘Eh’ to both. . . . He says Christians have a higher view of sexuality, yet we are more free from the need for it than anyone who has ever lived.”

Maybe your singleness isn’t a delayed order, but a reassignment. Some of the contemporary writers and campus ministers I’ve encountered would likely disagree, pointing out my matrimonial intel comes secondhand. But then again, some of those guys tend to make their own marriages sound like some kind of high-octane emotional thrill ride of vicious shouting matches, happy endings, and “devastating intimacy that shatters self,” or something. And that’s just deciding who runs carpool!

Maybe your singleness isn’t a delayed order, but a reassignment.

Hyperbole aside, marriage is a big deal. Sometimes it doesn’t slog down people’s other goals, but sometimes it does. Not that a wonderful, godly man won’t be sent to join you in your mission, but it doesn’t necessary mean something is missing if he doesn’t show.

I know all this probably won’t do anything for your loneliness. And I’ll admit the furious heartache of a woman frustrated in love will be foreign territory for us guys until we start watching Gossip Girl. But I will say this from the bleachers: Explore what fills you with passion, grab those things with both hands and take them out into the world, companion or no. Then see, just see, if Mr. Godly Wonderful is actually not that first thing that pops into your mind when you hear talk about the desires of your heart.

Jared Downing is a semi-nomadic freelance writer currently in Alabama. He blogs at KeystrokeErrors.com.