And what they reveal about us
Aubrey Sampson 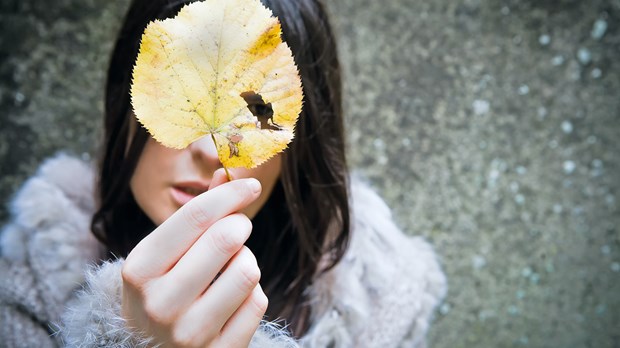 It happened, out of the blue, during a routine doctor’s appointment. A friendly nurse initiated what I naively thought was a round of pleasantries before I was jarred back to reality as she asked me to step on the scale in front of her.

This internal dialogue (or rather, meltdown) instantly commenced: Should I take off my shoes? Because we all know shoes add pounds. But if I do, will the nurse think I’m obsessed with my weight? And this isn’t the normal time I weigh myself, so won’t that affect the integrity of the medical data? Also, I haven’t been able to run since my knees started aching, which is why I am at the doctor’s office in the first place. I’m not really where I want to be physically, shape-wise, you know? And for the love of all things good, if I wanted to weigh myself in front of strangers, I would have said so, okay?

I took a deep breath and asked to be weighed backwards because I didn’t want to see my number. I was a complete basket case on the inside—all because of one little culprit: shame.

Scaling Back Our Shaming

From what I can tell, every experience of shame tends to stem from two places: We either believe the lie that we aren’t sufficient—that we aren’t enough. I’m not making good choices. I’m not working hard enough. I’m a failure. I’m not pretty, thin, or fill-in-the-blank enough. Or we fall for the opposite lie—that we are too much. I indulge myself too often. I’m too fat, too intense, too loud, too melodramatic, or too unlovable. On either side of the fulcrum, shame is a no-win measurement system.

Shame constantly swirls around us, inside us. These lies range from My past is unsalvageable to I will never be free from shame. Of the seven shame-lies I address in my book Overcomer, perhaps the most pervasive shame-lie for women is this: If we want to have value, we have to be “other” than who we are.

The word shame is derived from the phrase “to cover.” Just as Adam and Eve hid their shame behind fig leaves, we instinctively follow their lead. We’re pretty good at hiding our pieces, parts, personalities, and pasts that are too pronounced or that don’t quite measure up.

If I’m being honest, what sent me down that shame spiral at the doctor’s office wasn’t even the number on the scale; it was that on most days I did a good job pretending to be happy apart from that number. I was fine—a good mom and a decent pastor’s wife. I worked hard. I exercised regularly. I did my devotions, led Bible studies, and served my community. I had my stuff together. I was the Christian Goldilocks: not too much and not too little.

But the scale and resulting shame exposed my vulnerability. They revealed the real me—that I ate Ben and Jerry’s last night rather than doing the StairMaster. That instead of reading St. Augustine, I chose the Shopaholic series. That I was struggling with my aging body and face and was spending far too much time obsessing over them. The shame-scale revealed what I believed were shortcomings, and suddenly I was falling for another lie of shame: that my imperfections equaled my inadequacy, and my flaws were the sum total of my identity in Christ.

Not a Rite of Passage

The problem with that line of thinking is it perpetuates yet another shame-lie: It’s normal, even acceptable, for daughters of the King to feel ashamed of ourselves. Somehow we have to stop the madness and step away from the shame-scale. But how?

Just over a decade ago, I was pregnant with my first son and sick of living life overshadowed by shame from the past and from everyday insecurities. I wanted my future children to know a confident mom. And although I wasn’t sure how to begin working through the daunting task of overcoming shame, I began with something simple. I decided to stop running from it. I decided to start talking about my experiences of shame aloud. I even began talking with my shame.

It sounds counterintuitive—I know. When we feel ashamed we don’t want to invite unpleasant emotions in for dinner and a nightcap. But I have learned that a gentle and welcoming approach to shame can go a long way toward eventually closing the door on it.

Anytime shame began to whisper those I am not enough or I am too much lies, I’d give myself permission to experience the emotions. I’d stop and note what I was thinking. I’d consider how my body was reacting. I’d pay attention to what shame was saying. In other words, I approached shame like it was my crazy Uncle Rupert: carefully but with genuine curiosity about why he was out in public again. “Hey, Shame, I notice you’re back. Why are you here? What has triggered your return? You’re obviously trying to convince me to be something I’m not. What is this really about?”

The Secret to Dealing with Shame

While we don’t want to be constantly consumed by thoughts of shame, if we can learn to familiarize ourselves with its devices, we can invite God’s truth to take its place: God, my shame is back again. Can you meet me here? Can you teach me something? Can you help me overcome?

The promise of Scripture is that when we bring our shame to God, he tenderly transforms it into radiance (Psalm 34:5). And no matter where we place ourselves on the shame spectrum, we are declared enough through Christ, who is more than enough to demolish any lies shame throws our way.

Now whenever I’m at the doctor’s office, I face forward on the scale. I praise God for hips that have borne three boys; for a brain that is capable of learning from both pop culture and the ancient saints; and for lips that can communicate, kiss, and consume chocolate cereal. More than anything, I thank God that he is transforming my shame into freedom. And in so doing, he is crafting me into who I was always designed to be—not a middle-of-the-road me, not an alternate version of me, but into the image of God that I am.

As you face your own obstacles—whether they are the number-bearing kind or some other system by which you rate your worth—stand tall and step on with confidence. Stop hiding because you are not defined by any scale, any number, or any lie. You belong to God, not to shame.

Better yet, jump on the scale and destroy the dang thing. Then watch as God, your shame-remover, transforms the shattered pieces into something beautiful and new.

You can tell your doctor to send me the bill.

Aubrey Sampson is passionate about empowering women to experience freedom from shame and is the author of Overcomer: Breaking Down the Walls of Shame and Rebuilding Your Soul. She is a pastor's wife, a church planter, a ministry event speaker, a stay-at-home-mom to three sons, and a member of the Redbud Writers Guild.