God made you just right for your precious children.
Margot Starbuck 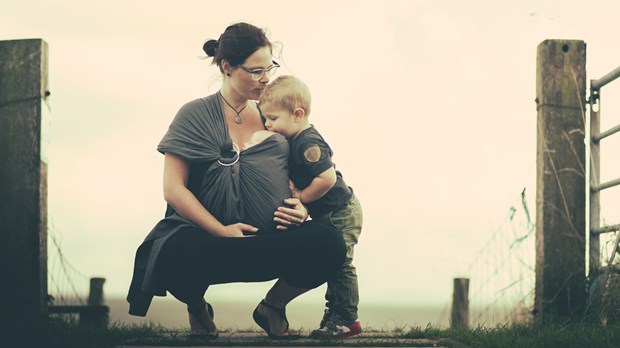 Slapping a Krispy Kreme jelly donut and stick of beef jerky on my child’s plate is pretty much the same breakfast as the freshly baked zucchini-kale muffin, juicy cantaloupe, and nonfat Tofurkey bacon that these overachieving moms are serving their kids.

Or that’s what I told myself when I was gripped by “mom shame.”

Now that my kids are in their mid-teens and making their own breakfasts, I don’t spend quite as much time wallowing in that pit o’ shame. But I remember what it was like in there. If you’re a mom, there’s always something you can feel bad about.

A Cacophony of Guilt

When my kids went to a groovy public charter school during their elementary years, I felt bad around “regular” public school moms because my kids had stumbled into this great, almost elite, free opportunity. And I felt bad around private school moms because, while the posters in their kids’ classrooms said “Obey authority,” the posters at my kids’ school said “Question authority.”

I felt bad around privileged moms who shopped for overpriced groceries at Whole Foods because my kids didn’t light up with joy when they saw celery on the counter as a snack. (They didn’t see that, but if they had, I promise you they would not have enjoyed it.) I felt bad around lower-income moms because my kids actually did have access to all the fruits and vegetables I could force them to eat.

As a married work-at-home mom, I felt bad around single moms whose work schedules prohibited them from dragging their kids to endless sports practices and games. And I felt bad around moms who drove all over the state transporting their little athletes to tournaments because I wasn’t willing to pay the big bucks and drive the long miles for my kids to have those fancy opportunities.

And though school, food, and sports accounted for a good deal of my mom humiliation, there was an endless array of other opportunities to wallow in shame: fashion, faith, domesticity, fitness, you name it.

So basically, I always felt bad.

The light bulb turned on when I was busy feeling shame because another mom in my small group had a spotless home. The illusion of both her perfection and my inadequacy was shattered when Clean Mom admitted that she envied the colorful parade of creations bursting forth from my home: cards, videos, books, beads, magnets. She felt shame, she admitted, when she looked at my messy, creative life.

In that honest moment, something clicked for me.

I realized I’d believed that the clean-house moms were genuinely a better breed of human being. I suspected that the substance of which they were made was existentially better stuff than that from which I was formed. My eyes opened at last, and I saw that we weren’t so different at all. When Clean Mom explained that keeping her home in order was how she kept her anxiety at bay, I realized that being in my happy place—designing, editing, writing, stringing, and creating—did exactly the same thing for me.

If that was my light-bulb moment, there have been plenty of days since then when I’ve had to check the breaker box to ensure the current was still flowing. When I’m tempted to feel shame because I’m not the mom who lets her children watch full-length feature films only in daily 15-minute intervals, or the one whose kid raised enough money to build a Haitian orphanage at the age of eight, I’m gently reminded that I’m the mom God chose for my kiddos.

Thankfully, that assurance never depends on comparison. My kids’ awesome paintings, clay creations, and videos are never measured against another family’s domesticity, industry, or service. I’m enough because I’ve been nourished by God’s good provision and can share that with my kids.

Shutting out the Voice of Shame

So today, when I hear the evil hiss of the Enemy insisting that I’m not a good-enough mom, I’ll pause for a moment to notice it. And I’ll realize that it sounds nothing like God’s voice. The shaming voice is one that steals, kills, and destroys, but the voice that is true speaks words of life and provision (John 10:10).

It’s not that God’s crowning me “Mom of the Year.” That’s not happening. Yet where there are actual deficits—an area in which my children truly don’t have enough (physically, emotionally, socially, intellectually, or spiritually)—God points me to the ways I can provide enough as I receive my own “enough” from God.

Whenever I pause to let God speak the true word, I hear God’s quiet whisper assuring me that I’m a “good enough” mom . . . despite the Krispy Kremes.