5 truths that speak to our deepest longings
Scot McKnight 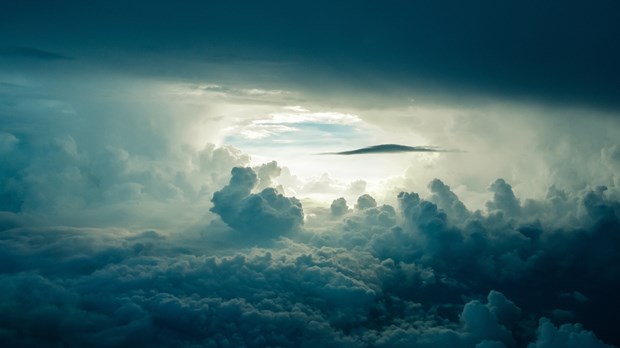 There’s not a day that goes by that I don’t think about heaven. Thoughts about heaven float through my head and course through my conversations because of what I discover on the news—mass shootings in government-sponsored buildings and schools and colleges.

I think about heaven in conversations with my wife, Kris, who is a psychologist and hears stories day after day about sexual abuse and family dysfunction—between siblings, between parents, between parents and children.

I think about heaven when I’m reading books about the Bible and theology that far too rarely deal with the realities of pain and suffering and injustice that many of us feel on a daily basis. What does heaven mean for the divorced and the children who suffer, sometimes profoundly, as a result of their perception of betrayed love? What does it mean for children who go to sleep in a pillow soaked with tears praying that Daddy will come back home?

These questions are hard and take a lot of time to discern answers, but here are five themes about heaven that can give us the courage to face each of these questions with the heaven hope, the promise that God someday will complete the work of creation in the new creation and will raise our bodies to become like the body of the resurrected Jesus—created afresh for life forevermore.

First, heaven means God will be God, and Jesus will be Lord, and the Holy Spirit will fill us up. Social media, state complexities, and local community politics make it clear that God is not acknowledged as God in our world today. In fact, God is being systemically silenced. Jesus has been raised from the dead, but there will come a day when his lordship will be acknowledged by all. People who live shaped by heaven’s promise acknowledge that Jesus is Lord now, and by following Christ, they seek to live out a kingdom way of life in a world wrecked by death-creating injustices.

Second, in heaven all things will be made right. The Bible doesn’t tell us exactly when that will happen nor does it explain how that will happen, but this one thing is clear from the Bible, especially the Book of Revelation: Heaven won’t be heaven until all things are made right. All abuses will be acknowledged, undone, healed, and the person restored. There will be no death and no death-dealers. Even if sometimes it looks as if God is not God and Jesus is not Lord, the heaven promise is that victory will come.

Malcolm Muggeridge, who had been raised practically an atheist and a socialist in England by radical parents, departed from England for the Soviet Union prior to World War II. He expected to find a utopian kingdom on earth in Stalin’s Russia. As a journalist he ran up against the low-truth quotient that Soviet censors mandated in news reports.

With his wife having barely survived a brush with death in their home in Russia, Muggeridge went on a ruminating walk through a forest. There he discovered a church being used for political propaganda. When he looked through a broken window of the church, he realized that it was used now for storing tools and signs bearing political slogans.

Sad but true, the church had been converted from a place of worship to a place of storage for political propaganda. But according to his autobiography, Chronicles of Wasted Time, Muggeridge saw beyond the signs:

Yet at the back where the altar had been there was still the faint outline of a cross to be seen. In its survival I read the promise that somehow this image of enlightenment [in Christ] through suffering, this assertion of the everlasting supremacy of the gospel of [God’s] love over the gospel of [Stalin’s] power, would never be obliterated, however dimly and obscurely traced now, and however seemingly triumphant the forces opposed to it might seem to be.

The faint outline of a cross, hidden behind the injustices of violence, when seen for its revealing message, announces, “All will be made right!”

Third, heaven means all relationships will be reconciled. Take a deep breath; breathe in God’s creative justice and love, and now remember that all things will be made right in heaven. That means all relationships—bent ones and broken ones and destructive ones—will become what God desires. A pastor friend told me some people in his church may want to second-guess going to heaven if it means they have to get along with some folks they, well, don’t like. Yet broken love, broken work relationships, broken church relationships—all will be healed. Such a vision for heaven prompts me to work out relational difficulties in this life on earth.

Fourth, all life will be safe. One of my favorite images about heaven in the Bible is that the gates of the New Jerusalem will never be shut for there will be no night, hence no fear of intruding enemies (Revelation 21:25). I remind myself of this when I watch horrifying events in the world unfold in the media, and I hope you will too. This image of the open gates summons me to be a safe person, to make my house safe for our family, and to work for a safe community. Heaven’s vision of a safe New Jerusalem doesn’t so much make me want to go to heaven as it makes me want to dwell in a safe world to show the world God’s desire for safety for all.

Fifth, all sins will be forgiven and forgotten (Jeremiah 31:34). We may be tempted to hold the sins of others over their heads, but God isn’t. Some churches will not forget the sin of a leader or some mother’s nightmare marriage or a daughter’s unwise decisions. But God forgives and forgets, and in heaven God will blanket people with a grace that both forgives and creates universal forgetting. Speaking of which, a recent letter from a friend, Karen Spears Zacharias, spun a number of wandering thoughts about heaven into place for me. In her book After the Flag Has Been Folded, Karen wrote of her choice as a teenager to have an abortion. In a later conversation with her about heaven and abortion, she wrote this:

When my own children—the four I have now—reached the ages of 14, 12, and 10, Tim and I sat them down and told them about my abortion. I wanted them to hear the story from me. They were shocked, of course. Cried a bunch. As did I. I asked their forgiveness, since, after all, this was a half-sibling of theirs.

Later that afternoon, as I was loading laundry in the washing machine, Ashley and Shelby came to me. Ashley handed me a sheet of paper.

“We came up with a name for our baby,” Shelby said.

They had taken a letter from each of our names and created a name for the unborn child: Kasey.

Oh, how I wept as those girls handed me that! And I’ve wept several times since. . . . I believe the day will come when I will meet the child named Kasey. I believe that as well about babies that are miscarried or stillborn.

Whether we give that baby a name or not, God has given that child a soul.

In this story from Karen you can see how the heaven hope reshapes life: Karen knows God is God and Jesus is Lord, she accepts God’s grace of forgiveness, she works at relationships being made whole, she longs for a future when all of that will be put into effect with Kasey, and she lives now in light of that kind of heaven.

Karen’s story illustrates in one particular person’s life story—an abortion, forgiveness, reconciliation, and hope for new creation life—how heaven will make all things right. It gives me hope that those gunned down in mass shootings will be raised to live the life God intended, that those who suffer abuse of all sorts and dysfunctions of all sorts and broken relationships of all sorts will find a way through the problems into a loving, reconciled, and flourishing life, and it gives me hope that children who have suffered divorced parents will find in God and in the bounty of the New Jerusalem the family God has planned.

The Rev. Dr. Scot McKnight is the author of more than 50 books, including The Heaven Promise (WaterBrook Press), from which this article is based, and he currently serves as a professor of New Testament at Northern Seminary in Lombard, Illinois. A much-sought-after public thinker and speaker, he blogs regularly at Patheos under the banner of “Jesus Creed.”