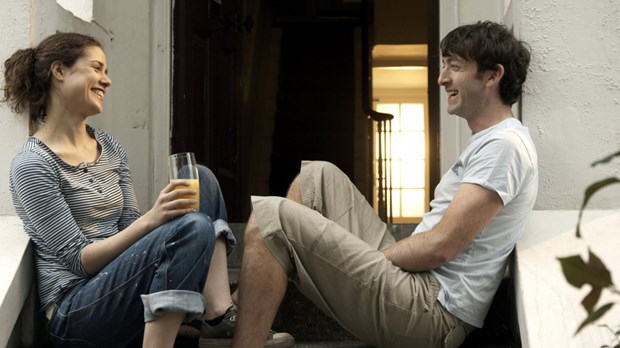 "Some anniversary," I muttered, curled on the edge of the couch, tears falling. Our evening had begun with a celebratory dinner, but had ended with a poorly timed argument. My husband, Rob, and I had gone to bed frustrated. We'd rolled over without even a kiss—a far cry from our wedding night nine years earlier.

Suddenly overwhelmed by the realization I was nearly a decade into my marriage and I'd never felt lonelier, I got out of bed and padded into our living room to cry and think, instead of snuggling in bed beside my husband.

The truth was, when I vowed to spend my life with Rob, I believed God would use our marriage as an encouragement to many. But lately we didn't even know how to encourage each other. Our laughter had diminished to criticism, dreams had been traded for duties, and play had been replaced with practicality.

Over the years, we'd talked frequently about needing more time together, but allowed busy schedules and slim babysitting funds to justify our failure to change. Rob's complaints about my "long-lost lingerie" gradually evolved into sheer apathy over our diminishing intimacy; my concerns over our waning emotional connection emerged as a critical spirit. A journal entry I penned in our eighth year of marriage warned of the chasm growing between us: "I feel as though Rob and I live in two different worlds. We no longer share a common vision or a common ministry. What's happening to us?"

"I started surrendering in prayer every area of my relationship with Rob: the words I spoke; the thoughts I entertained in his absence; the very intimacy of our physical lives."

I longed for my marriage to know the "hope and a future" God promised in Jeremiah 29:11. Finally, in desperation, I cried out, "Lord, you're the One who joined Rob and me together. Surely you've planned something better than this!" I questioned. I raged. I cried. Then, when I finally fell still, God surprised me with his response: Are you ready to change?

Me? I thought. What about Rob?

But my arguments ran dry; our rut was too deep, and someone had to take the first step out. "Yes, Lord," I sighed. And he slowly showed me what he had in mind.

From the moment I agreed to change, I realized I couldn't be the wife God called me to be on my own. Several times a day I began echoing the plea penned by Stormie Omartian in her book The Power of a Praying Wife: "Give my husband a new wife, and let it be me!" I started surrendering every area of my relationship with Rob in prayer: the words I spoke; the tone I used in his presence; the thoughts I entertained about him in his absence; even our physical intimacy. One morning as I sat in prayer, God prompted me to begin jotting down daily all the things I love about Rob. While I secretly wondered how I might fill the page, the list grew with each passing day. With renewed hope, I echoed the cry of the psalmist to the Lord, "I lay my requests before you and wait in expectation" (Psalm 5:3).

Shortly after our disappointing anniversary, I stumbled across a forgotten journal while dusting some bookshelves. Scribbled inside were my unabashed testimonies of love to my groom. As I scanned the pages, I lingered over one particular paragraph in which I'd written, "I can't explain the thrill of expectation that ran through me as we spoke of all the possibilities for our future together." I saw how my hand had wobbled with excitement as I'd penned the words in my college dorm room nearly ten years ago. Oh, how I longed to be that kind of passionate companion again!

As I returned the faded book to the shelf, I asked God to help me reclaim my position as Rob's best friend. Prayerfully, I began inviting my husband on "backyard dates" when the kids had gone to bed. I made his favorite dessert "just because," and let the laundry pile up now and then in exchange for a movie night on the couch for two. After years of coexisting, it wasn't easy to spend carefree moments together. Rob candidly admitted the football game on TV was more inviting than the awkward silences of our deliberate "dates," while I confessed burying myself in the pages of a good book was equally tempting for me. But God honored our efforts; the more time we spent together, the more we longed for that "soul connection." Slowly, the words of 1 Corinthians 2:9 became reality: "No eye has seen, no ear has heard, no mind has conceived what God has prepared for those who love him."

While Rob and I were reclaiming our friendship, I began to seek further direction. I committed to digging in the Word for daily instruction, and God graciously provided a special couple to guide us. From the moment we met Robin and Brian, I knew they were different. Eight years into marriage, Robin and Brian remain excited about their relationship. They call each other just to say "I love you," plan regular date nights, and still sneak into photo booths to snap a few shots of themselves, kissing and all! They delight in serving each other and consistently set aside time to worship together. As we've studied the Bible with this couple, Rob and I have gotten an inside look at a godly marriage, which encourages us in our journey together.

Once God began to restore friendship and vision to my marriage, I assumed the hardest part was behind me. But just when I'd feel confident in my ability to move forward, I'd take three steps back by serving myself rather than my husband. Over time, God's shown me good marriages are marked by perseverance. Therefore, I "press on" in the spirit of Hebrews 2:1, because I believe reaching for God's best in my marriage is worth the stretch.

Fortunately, I'm not pressing on alone. When I finally agreed to take the first steps toward marital change, I assumed I was beginning a solo journey. But before that fateful ninth anniversary ended, God showed me he was at work in my husband's heart as well. Shortly after my prayerful surrender, I heard the creak of a bedroom door. Heavy footsteps echoed in the hallway, and Rob slipped onto the couch beside me. We exchanged humble apologies for the evening's demise, and I voiced the question weighing on my mind: "How do others make it? How do they ever reach their fiftieth anniversary?"

With a quiet sigh, my husband took my hand. "I don't know about all the others," he replied, "but marriages like ours survive because we care enough about a ruined anniversary to sit up all night to work things out." I smiled at his tender confidence.

Rob's right—we don't know what lies ahead. But with the Lord as our guide, we know it will be "immeasurably more than all we ask or imagine" (Ephesians 3:20).

Alicia Bruxvoort is a freelance writer and speaker who lives in Iowa.

Copyright © 2007 by the author or Christianity Today/Today's Christian Woman magazine.