Redefining your role when your children leave the nest
Maria Cowell 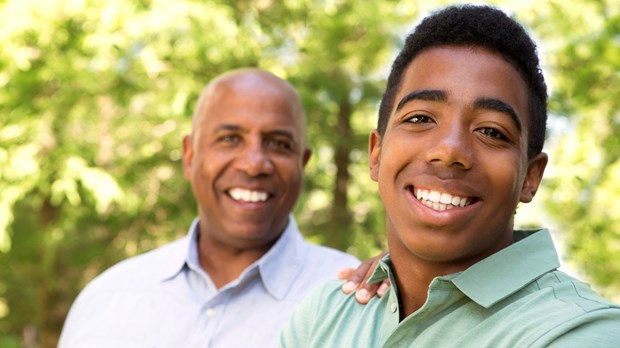 So much of what shapes parenting in the early years is intense and hands-on—teaching the children to dress themselves, how to ride a bike, and helping with homework, followed by more emotional support in the teen years. But as the kids pack the bags and leave home, a mother might find herself stepping into unfamiliar territory as she relates to her young-adult children. Is she their friend, mentor, or just a personal ATM?

Dr. Cynthia Neal Kimball, a professor of developmental psychology at Wheaton College, researches emerging adults (approximately 18 to 29 years old) and their transitions after college. She finds that words like responsive, warm, and available are preferred over hands-on when talking about a parent’s role with young-adult children.

'I am relinquishing that constructor role as my child takes on more of his or her own identity.'

“People can read 'hands-on' as 'I am doing a lot for them,' and so then the relinquishment part becomes troubling because ‘hands-on’ has become the [parent’s] identifier,” she says. She believes a successful transition from parenting teenagers to young-adult parenting is like scaffolding. “A good scaffold moves as the building is being constructed and then, when the scaffolding is no longer needed, the building can stand alone,” she explains.

Of course this doesn’t mean the parent will never be seen again (like a discarded scaffold) or that all of a sudden parenting becomes completely hands-off. Rather, Dr. Kimball explains, for the parent it means “I am relinquishing that constructor role as my child takes on more of his or her own identity.”

Adjusting to a new normal

Gretchen Steer is the mother of three young adults: 27-year-old Nicholas, 25-year-old Emily (married), and 22-year-old Hannah, a recent college graduate. Even though there is very little she misses about early childhood parenting, she explains that she still felt “a horrible loss affecting me in many ways as they left.” Not only did she attend their teenage sporting events and concerts, but she also works as the development director at her children’s secondary school. “The thing I miss the most is the daily involvement of seeing them at my job. I’ve had to let go of the more day-to-day involvement and the minutia of their lives, but you do that progressively.”

Karen Klein owns her own court reporting business and is the mother of 21-year-old Kristen, a college senior, and 19-year old college sophomore, Kara. Like Gretchen, Kristen isn’t one to pine away for the days of macaroni crafts, but she was surprised to find she misses “talking about the school day, going on family trips, and going to church together.”

Certainly daily interactions diminish, but mothers of young adults also need to let go of regrets and disappointments, says Susan Vogt, author of Parenting Your Adult Child. She is also a counselor and speaker who has worked in family ministry for more than 30 years. Her four children range in age from 26 to 40 years old. “One of my mantras is that I am responsible for the process of raising my children, not the outcome,” Susan shares.

“Now, that has a corollary: There are mothers who put a great deal of energy into the process, which is good, but then there might be some who look back and have regrets, like ‘We didn’t have as many family meals as we should have. I didn’t talk to them about moral values as much as I should have. Maybe I didn’t do that process all that well.’” Susan emphasizes that women should not dwell on those regrets, but rather focus on God’s grace as they move forward.

Karen has grappled with regret, feeling that she and her husband, Daryl, sheltered their daughters too much. “We always focused on the Lord’s protection,” she explains, “and we strove to always believe the good in people and think well of others, but that may not have helped them to deal with bad people—and they have been bitten.”

Gretchen and her pastor-husband, John, have similarly had conversations about what they wish they might have done differently. “We were very involved in church life as a family, talking about theology and faith, but maybe we were not as revealing as parents about our own personal devotional life, not wanting to overwhelm our kids. Now that they are young adults, I have had much more frank conversations—but I wish I had done more of that while they were home,” she reflects.

'God might be caring for this child in a unique and personal way that I don’t understand and may not even see in my life time.'

One of the most pivotal areas for a mom to let go of is her child’s faith, particularly if the child rejects or no longer practices faith in the same way as the parents. Susan Vogt knows moms struggle with feeling responsible for their child’s spiritual condition. “Sometimes it might take a crisis for God to break through to that child—a crisis that looks really painful to the parent,” she describes. “We have to have faith that God is present and loves them, and not sell God short by concluding that if I don’t see them practicing faith in a traditional way, that must mean God doesn’t care for them. God might be caring for this child in a unique and personal way that I don’t understand and may not even see in my life time,” she encourages.

This has been a difficult area for Karen to step back from as she has seen her older daughter struggle with her faith at a secular university. She handles it with prayer, talking openly about faith issues, and whenever possible sending her email devotions. She knows, however, that ultimately, her child will have to choose her own path.

Dr. Kimball believes the most important thing a parent in this situation can do is to 'love these young adults mightily.'

Dr. Kimball believes the most important thing a parent in this situation can do is to “love these young adults mightily.” Her studies in attachment theory as it corresponds to faith in God show that if a parent loves Jesus but is hovering or harsh as the young adult shapes his or her own faith, that child will likely struggle in his or her relationship with God. In contrast, she cites the example of the father of the prodigal son in who loved, waited, and welcomed.

“When the son comes, he runs to meet him, escorting him back to the village. He is an advocate for the child. The notion of love and forgiveness is so apparent in his parenting role,” she says, adding, “If we raise our children to stand strong, we have to be willing to accept their own decisions about faith. We can’t control; we can only prepare.”

Part of this means being willing to hold back from giving unsolicited advice. Questions like “What shall I wear to school?” or “Should I try out for the team?” are now being replaced with weightier ones like “Who should I marry?” or “Is this the best career path for me?” Areas of finances and dating are especially difficult for a mother to step back from, says Dr. Kimball.

Karen has never been reticent to give her girls advice and she still can be forthright when needed. However, she is careful now to keep it more generic and ask questions to help them think things through and arrive at their own decisions.

Gretchen states: “I just try to influence them more in conversations—just like I would if I were talking to somebody else’s young adult. But you do have to be willing to bite your lip when they are discussing whatever theological, political, or philosophical stage they are going through.”

While mothers of young adults do the difficult work of dealing with past regrets or keeping their opinions to themselves, the flip side of entering an adult-to-adult relationship is embracing the child’s independence and maturity, thus fostering a deeper relationship.

“I am delighted to discover what good friends we have become,” Gretchen says, “We have always had a great relationship, but I am really amazed at how much that has carried over into adulthood.”

'Friendship is actually the word emerging adults use for a more reciprocal relationship. They know their parents trust them. They feel respected and their opinions are valued.'

For her part, Karen is thrilled that her daughters have become loving, caring adults whom others want to be around. She is also enjoying the level of maturity and give-and-take in conversations with her young-adult children.

Indeed, Dr. Kimball, who has four children and five grandchildren of her own, has found that young adults thrive in a more equal relationship. “What they cherish about the parenting relationships in college and beyond is that there is a leveling of that relationship,” she affirms. “Friendship is actually the word emerging adults use for a more reciprocal relationship. They know their parents trust them. They feel respected and their opinions are valued.”

For Gretchen, this has been the best stage of parenting as she observes her kids’ spiritual formation and developing autonomy. She isn’t looking back with longing on early childhood days.

Yet, because many women do struggle deeply when their child leaves home, Susan says it is too trite to simply tell them “Let go and let God.” Instead, she encourages women to embrace their child’s independence on their knees, praying for themselves and their child as they enter a new season.

Dr. Kimball also advises seeking out older moms and grandmothers who have been through this stage. She encourages mothers of emerging adults to keep in mind that parenting doesn’t come to an abrupt halt on their child’s 18th birthday.

“The parenting role is an ever-changing role. If the parents can actually see it that way, then it doesn’t become an all-of-a-sudden loss,” Dr. Kimball explains. Instead, “it’s a journey that becomes richer as it goes because it continues to take you different places together.”

Maria Cowell is a writer living in Los Angeles. Follow her on Twitter at @HipMamaMedia or at HipMamaMedia.com.