Is there a place at church for those of us who don't have kids?
Jean E. Jones 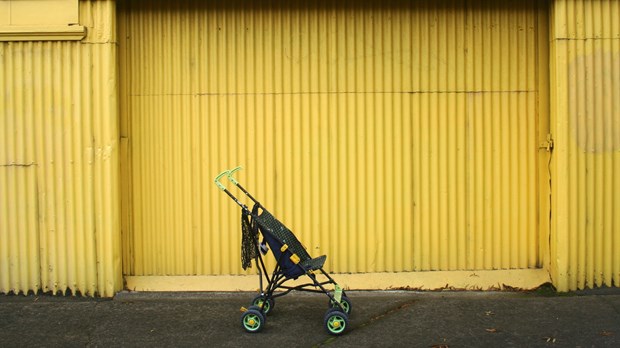 Recently, a woman asked, "My husband and I are childless. How do you cope with the feelings of rejection and of being a minority in the church community?" Both she and I are unable to have children, and her question brought back memories: the hurt as friends with babies bundled in blankets pulled away, the struggle to fit in at church, and the hurdles of gracefully handling ignorant and hurtful comments.

What's causing this rise in childlessness?

First, Americans are delaying marriage until they've achieved educational goals and financial stability. The median age for women's first marriage is now 27, and more than half of women age 25 to 29 have never married, says the 2013 report Knot Yet: The Benefits and Costs of Delayed Marriage in America. Delaying marriage leaves fewer childbearing years in which to find a suitable husband. It also decreases a woman's chance of having a successful pregnancy.

But the bigger reason is that more women are choosing not to have children: Among women ages 40–44, the number of voluntarily childless now equals the number who wanted children but couldn't have them.

In TIME Magazine's recent cover article "None Is Enough," Lauren Sandler cites many reasons for the surge in opting to be child-free. Some non-moms say they don't want the "bone-tired" lifestyle their mothers had "doing it all," or never felt they were "mother material." The financial costs in raising a child are formidable, and leaving the career track for a mommy track can cost "$1 million in lost salary, lost promotions and so on." Women who delay marriage may develop enjoyable lifestyles they're reluctant to give up. Society's portrayal of all it takes to be a great mom seems unrealistic.

Whether being without offspring is voluntary or not, the biggest stress the childless face is isolation as "friends just peel off into their small domestic worlds," Lauren says. The late 30s and early 40s are the loneliest because friends are parents, but not empty nesters.

Another strain is being judged harshly. Others assume lack of progeny is by choice, and that that choice is selfish. In the 2008 movie The Women, Sylvie (Annette Bening) says to Mary (Meg Ryan): "Do you know that's the last impermissible thing you can say at a dinner party? That you don't want children?" The childless feel scolded in a culture that mandates motherhood, says TIME. Unintentionally illustrating the point, Fox & Friends host Tucker Carlson responded to TIME with, "But having children means less time for vacations and spin class, where the real meaning in life resides, right? I mean, have you ever seen anything more selfish, decadent and stupid?"

Problems don't stop at the church door. Lauren Sandler says that for some, the church community seems so "oppressively family-centric," they abandon it.

At church as elsewhere, moms naturally seek out other moms as they look for friends not just for themselves, but for their children. Church groups for couples, singles, and women in their 30s and 40s consist almost entirely of parents who gravitate to each other to chat about potty training, children's soccer, and teenage angst. The childless feel sidelined.

Criticisms take a spiritual edge with some arguing that procreation is God's command, not just his blessing. Too many pronounce infertility a sign of divine disfavor, leaving women reticent to admit their situation. Controversies over the morality of fertility options make discussions seem like minefields. The result: Church feels unsafe.

Click here to read Jean's "The Journey of Childlessness" on TodaysChristianWoman.com

But all this can be changed. Here are ways those with children can help those without feel included in the church community instead of isolated, and accepted instead of criticized.

Rather than getting together with just moms your age, reach out to the childless woman. Invite her to coffee and share about your lives. Plan get-togethers that women in different life stages can enjoy and that will naturally engender conversations about more than just children: For instance, tea in an antique district gives lots to talk about. Make sure the conversation includes everyone.

Help your childless friend find a small group with a mix of ages.

Diverse groups have diverse conversations, so help your childless friend find a small group or a volunteer ministry that has women of different ages. Even better, invite her to join you in one.

Invite childless couples to meals with your family and encourage your children to interact—we are incredibly grateful to the families that did this for us. If a childless couple invites you and your husband to dine at their house sans kids, if you can manage a babysitter, do get one. Their cabinets don't have safety latches, they leave vases within toddler reach, and they could be clueless about kid-friendly menus. Go, relax, and enjoy the uninterrupted adult conversation you always say you miss.

Don't ask why she doesn't have children.

When someone says she doesn't have children, don't ask, "Why not?" It's too personal ("Well, you see, my ovaries . . ."). The topic may be painful, and she wants to avoid judgment. Besides, the question emphasizes the fact she's different. Instead, move the conversation to uncover other interesting things about her, such as her hobbies and skills.

Be a compassionate listener rather than a "fixer."

If she shares with you why she's childless, don't try to fix her. If she's struggling with infertility, listen compassionately and offer to pray, but don't press special supplements, the "right" doctor, or the "right" way to pray.

Church on Mother's Day can feel like an obstacle course for the childless, but you can make it more comfortable. Don't ask women "Are you a mother?" If you don't know them well enough to know the answer, you don't know them well enough to ask. Don't avoid the childless—talk to them about their week like you would any other Sunday. Don't tell them to stand up with all the other moms because aunts and spiritual moms count too: That embarrasses her and suggests that women are less valuable if they're not mothers.

Avoid claiming parenthood is a prerequisite to knowing love.

Comments such as "You can't know God's love until you have children," and, "You don't know how to love until you have children," imply adults without kids can't attain the spiritual heights of parents. Yet the childless apostle Paul knew love well enough to write 1 Corinthians 13. While God does use parenthood to teach these things, it's not his only method. A better approach is to say, "I learned so much about God's love for me when I had a child."

I've been told my miscarriages were due to God knowing I'd make a terrible mother and to my lacking proper faith. Ouch. Presuming to know God's reasons for allowing infertility is like Job's friends presuming to know why misfortune befell Job. Some such judgments are obviously untrue: Abusive mothers have children, and women who can't bear children go on to adopt and prove to be wonderful mothers. Other judgments can't be proven or disproven, and just drive women away. Yet remaining faithful to God through deep disappointment is one way we show faith. Show your compassion and care without guessing God's reasons by saying, "I'm so sorry—that must be difficult for you."

Saying that God's highest calling for a woman is bearing or raising children tells the childless that God has a lesser call for them than for other women. Jesus said we're to seek God's kingdom and righteousness first (Matthew 6:33). You might say instead, "At this time in my life, my main ministry is raising my children to follow God."

Saying that God's highest calling for a woman is bearing or raising children tells the childless that God has a lesser call for them than for other women.

Encourage her that life can be fulfilling without children.

Jesus didn't limit his promise of an abundant life to parents, and the Bible tells us to seek our ultimate fulfillment in God, not children (John 4:14). When a woman told Jesus his mother was blessed for having borne him, he replied, "Blessed rather are those who hear the word of God and keep it," thus elevating knowing and obeying God's word higher than childbearing (Luke 11:27–28). The apostle Paul wished all could be unmarried and thus childless like he so they could devote themselves to being holy in body and spirit rather than having their interests divided by family (1 Corinthians 7:7, 34).

Childless women can have a full and abundant life in Jesus. Following these tips can go a long way in helping her not just cope in the church, but to thrive.

Jean E. Jones has been blessed with a full life, including caring for foster children, teaching Bible studies, and writing Bible study workbooks for churches. She blogs at JeanEJones.net.