The question that made me wonder whether I was constantly drunk—on pride.
Kim Harms 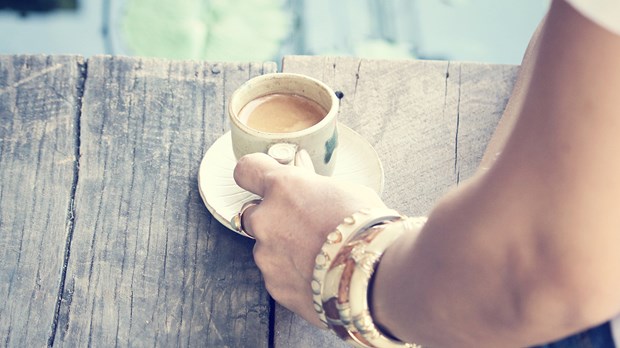 I was 21 when I took part in communion at a Haitian village church. That wine was my first sip of alcohol. I took my second sip at age 35.

In the years between, I liked to talk about the details of my remarkable abstinence. I wasn’t being prideful; I was simply sharing how to successfully avoid sinful activity. Or so I thought.

The Influence of My Childhood

My childhood set me up to enter my adult years with issues of pride and a judgmental attitude toward those who drank.

The first reason I abstained directly correlated to my family. My paternal grandfather spent many years moving from one drunken episode to another. By the time I came on the scene, Grandpa was a changed man, and my memories of him are of a sober, loving guy who could tell stories for hours and find joy in making people laugh. He’s been gone many years, but his legacy remains. However, the consequences of his earlier years of addiction played a significant role in shaping the lives of his children. I’m certain my father’s childhood experience was one of the reasons that alcohol was never served in my home. He wanted a different life for my brother and me.

The second reason stemmed from the church in which I was raised. I don’t know the official church doctrine—and I assume there were varying perspectives about drinking among the congregation—but the point that was impressed upon me definitively was that drinking is bad. Period.

How It Affected My Adulthood

I didn’t realize it at the time, but my childhood set me up to enter my adult years with issues of pride and a judgmental attitude toward those who drank. In college, when law-abiding friends went out for a drink on their 21st birthday, I stayed away, secretly appalled they would do such a thing. As an adult, I made very little distinction between an alcoholic and someone who liked a glass of wine with dinner.

When I fell in love with my now-husband, Corey, I knew his opinion about alcohol didn’t line up exactly with mine, but because he didn’t drink, it was a topic we easily avoided. The only time it became a point of contention was when I would slip facts about my lifelong sobriety into conversations with other people.

He would later ask things like, “Why do you always tell people that? It sounds a little prideful. Have you ever really thought about why you feel the way you do?”

I tried to let those comments slide off my back, but inside they ticked me off. “I don’t drink because it is a sin,” I’d tell him.

“Is it?” he’d ask. Then he’d drop it. He’s fantastic at not arguing a point but putting just enough out there to force me to chew on it.

Pride? I would think. Does he not know what alcohol can do to people? I’m not prideful. I’m following Christ.

But I could not shake the feeling that there was truth in his words. I did find satisfaction in telling people I didn’t drink. And I did feel I was a step above those who did.

As I wrestled with what I was now beginning to see as pride, I started keeping my mouth shut about drinking. I didn’t know where I stood anymore, and I didn’t think I should talk about it until I did.

How many times did my explanation of my non-drinking philosophy put a wall between me and someone I could have befriended?

Corey’s “Is it?” question would not let me be, and for a period of a couple years, I struggled with my views on the topic. But it came down to this: I believed it because it’s what I was taught. My childhood was a great one, and my parents and church were trustworthy. Even so, I came out of my youth with a strong conviction toward alcohol that I’d never tested against Scripture.

Some research in the Word led me down a new path. The first recorded miracle of Jesus was turning water into wine at a wedding feast. The belief I’d long held to is that wine in those days was comparable to the grape juice of today. But according to theologian D. A. Carson in The Gospel According to John, that is not true:

The “wine” (oinos) that was needed was not mere grape juice, generic “fruit of the vine.” The idea is intrinsically silly as applied to countries whose agricultural tradition is so committed to viticulture. Besides, in [John 2:10] the head steward expects that at this point in the celebration some of the guests would have had too much to drink: the verb methysko does not refer to consuming too much liquid, but to inebriation.

All signs point to Jesus turning water into wine, not grape juice.

But Scripture also repeatedly states that drunkenness is wrong. A good way to avoid drunkenness is clearly to not drink at all, but it’s possible to drink alcohol without getting drunk. So is all drinking a sin? I couldn’t say yes to that question anymore.

A Change in Viewpoint

As my viewpoint changed, I was overcome with both the ugliness of my pride and the realization that my pride had led to a judgmental attitude. How many times did my explanation of my non-drinking philosophy put a wall between me and someone I could have befriended? How many times did I feel like the better Christian because I thought I knew the right way and that some of my friends just hadn’t gotten there yet?

I’m not saying I now celebrate drinking. Truthfully, I haven’t tasted beer because I can’t stand the smell of it, and I can count on two fingers the drinks I’ve tried that I actually like. The big change that came from my deeper study in Scripture isn’t about having the freedom to drink—it’s having the freedom to be around those who do without being prideful and judgmental.

The temptation I fight now is against judging those who hold to the belief that I held for the majority of my life.

I can attend an event where alcohol is served and not focus on the alcohol. I can sit next to a friend who has a drink and be comfortable. This change in attitude has opened up opportunities to befriend some pretty great people I never would have befriended in the past. Some of them love Jesus, some don’t. Regardless of their spiritual state, the spectrum of people whose company I enjoy has grown.

Though I’m confident in where I’ve landed on this issue, I know it remains a controversial one in Christian circles. The temptation I fight now is against judging those who hold to the belief that I held for the majority of my life.

I’m challenged, too, by Paul’s directive in 1 Corinthians 8 to be careful that the exercise of a freedom does not become a stumbling block for others. The last thing I want to do with my altered understanding is needlessly make a fellow believer uncomfortable.

It’s funny how sin works isn’t it? I believe Satan loves the rift he can put between Christians over this issue. I don’t think he cares which side is doing the judging—he just wants to make a big enough divide to hinder or even halt our testimony to the world.

Some areas of Scripture are black and white: namely, Christ’s birth, his death, and his resurrection. The gospel is the gospel. But assessing another believer’s maturity on where he or she lands in the drinking debate is a mistake. We need to live lives of grace toward each other, whether we look forward to a glass of wine each evening with dinner or the only alcohol that has touched our lips is a sip of communion wine.

Kim Harms is a freelance writer living in Huxley, Iowa, with her husband and three sons. In addition to writing, she operates 500 Dresses, a clothing ministry to Haitian children, and can be found online at KimHarms.net or on Twitter at @kimharmsboymom.