What's more important: being right or being loving?
Interview by Allison J. Althoff 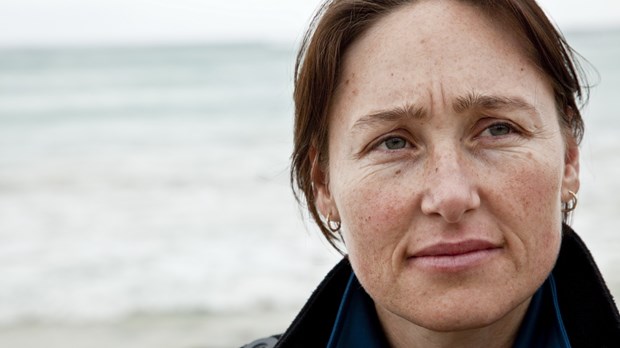 With gay marriage making headlines around the world, parents are looking for helpful ways to identify with children, friends, and family members who identify as homosexual or same-sex attracted. When Rachel's 22-year-old son Jordan initially came out to her last year, she was shocked. Instead of avoiding the conversation, however, Rachel and her husband chose to turn to Scripture, church counselors, conversation, and prayer.

"There is a huge need for the church to begin dialoging more about this very sensitive and divisive topic," Rachel said. "Our church never warned us to think through how you would want to respond if your son tells you he's gay."

Jordan's story is recorded in a Christianity Today feature article, "Hope for the Gay Undergrad." Here is Rachel's story of how she and her husband learned the importance of prayer and compassion in responding to this sensitive topic.

Did your son's confession of same-sex attraction come as a surprise?

When Jordan called a family meeting one night, I honestly had no idea what he was going to say. It had never occurred to me that he might be attracted to other men. When those words came out of his mouth, I truly felt like I'd been gut punched.

As I struggled to breathe, two phrases ran through my head: "He needs to know that I still love him," and "God causes all things to work together for the good of those who love him." I repeated those phrases over and over to myself as I listened to him share his story. My children have always been one of my greatest joys, so the fear that I'd done something to "cause" this, and the pain of knowing he'd been struggling with this for many years, was pretty devastating.

After the initial shock subsided, how did you work through his confession?

The thing I did the day after he broke the news to us was to put really powerful Bible verses on sticky notes in places where I might have too much time to think about things, including on my bathroom mirror, by my kitchen sink, and in my car. That helped to keep me focused on the one who gives hope, rather than on the seeming hopelessness of the situation.

After much prayer and time in the Word, I'm just now beginning to get a firm biblical understanding of what this means for him. A few days after our initial talk, the Lord brought to mind Joseph when he found out that Mary was pregnant. The shame he must have felt! But then the angel appeared to Joseph and said, "Do not be afraid." That is the foundation on which I've chosen to stand. God loves Jordan, my husband, and me. Even though it's hard, I know God knows exactly how this will play out, and I know he will use all of it—the pain, the shame, the sidelined hopes for his future—to help conform every one of us to the image of his son.

As a writer, I have spent a great deal of time journaling about this emotional and spiritual trek, and I believe that, for the sake of our young people, there is a huge need for the church to begin dialoging more about this very sensitive and divisive topic.

How has the church helped you during this time?

I am so thankful that, rather than closing the door on Jordan and saying he isn't welcome to serve there [as an intern], the staff is praying diligently, searching God's Word, and sincerely dialoging with Jordan and each other about how to respond both biblically and lovingly to his stance.

I also brought Jordan with me to my church counselor's office shortly after his confession. She has helped me talk through many difficult issues, so I trust her and believe she is truly trying to understand what Jordan is going through. In our discussions about Jordan, she has been very firm in her belief that the Bible says homosexuality is a choice. As I listened to them dialogue about that, I started to see that "choice" is probably not the best word to use when talking with those struggling with homosexuality. Like Jordan said, "Why would I ever choose something like this? Why would I choose to be socially ostracized and marginalized?"

We have to be very careful to speak the truth in love, which can sometimes mean not stating that the right and wrong are as black and white as we believe them to be. Many Christians, myself included, need to learn how to be winsome with their faith, enticingly drawing others to God, rather than using him as a club. Stating that homosexuality is a choice can make perfect sense to those of us not dealing with the issue, but for those in the church today who are trying to figure out why they are having same-sex attractions, I can see how it could be hugely detrimental and create far more pain than hope and healing. If our words are driving our sons and daughters toward those in the gay community who "better understand" their struggles, then I believe we are also being deceived about the way God would desire we share the gospel.

How would you suggest church communities better come alongside families and individuals with same-sex attractions?

I feel like many individuals in the church who are struggling with homosexuality tend to feel that their only options are to hide the intense battle they're waging internally, move into the gay community for acceptance, or commit suicide. It seems like the choice of trying to find a Christian with whom to openly dialogue about it seems extremely unlikely, and the weight of their shame, guilt, and pain make it impossible to believe they could ever face their families and church friends with the truth.

I am not a theologian, but crises such as this drive us to our knees and into the Word. We as believers need to hold fast to the promises that God gives us: that love covers over a multitude of sin, and that mercy triumphs over judgment. Being sinners ourselves, we need to find a common ground where we can start meeting, with open arms, those who are struggling to be free from the captivity of this particularly entangling sin.

As with any sin or part of our "old nature," Christ calls us several times in his word to "throw off your old sinful nature and your former way of life, which is corrupted by lust and deception. Instead, let the Spirit renew your thoughts and attitudes. Put on your new nature, created to be like God—truly righteous and holy" (Ephesians 4:22 – 24). We are "dead to the power of sin and alive to God through Christ Jesus" (Romans 6:11).

From what I'm told, there are many in the church, like my son, who say they have homosexual attractions, but are choosing not to act on that sin and instead, to live a chaste life serving the Lord. In our own church, this topic has generated a great deal of discussion among leadership on how it fits in with Scripture.

What advice do you have for parents with children struggling with same-sex attraction?

In her book on praying for our adult children, Stormie Omartian wisely encourages parents to remember that, "Our battle is with the enemy, not our children!" Above all else and no matter how upset we are, we need to respond in love and grief, not anger.

As we should already be doing, we, as parents, have to make sure we're submitting ourselves completely to God's authority and Christ's example before we can ask and expect our children to dialogue with us about this issue. Jordan has shared several horrible stories about students he has known from Christian homes—some with parents in ministry—who have been beaten and abused by their parents when they tried to talk with them about being gay.

Here are a few things I've learned on how to cultivate a healthy response to my son's confession of homosexuality:

The Lord is continually showing me that I need to focus on him and whether I am walking as I should, far more than trying to "change" my son.

For more information about homosexuality and Christianity, download TCW resource "Homosexuality: Balancing Truth and Grace." To read more about Rachel and Jordan's journey, read CT article "Hope for the Gay Undergrad," and for the story of one lesbian's life-changing transformation, "My Train-Wreck Conversion."

Rachel is an alias for a living, working, and worshiping mother in the Pacific Northwest.